'I had body esteem issues' – Juliet Ibrahim, opens up on her past struggles 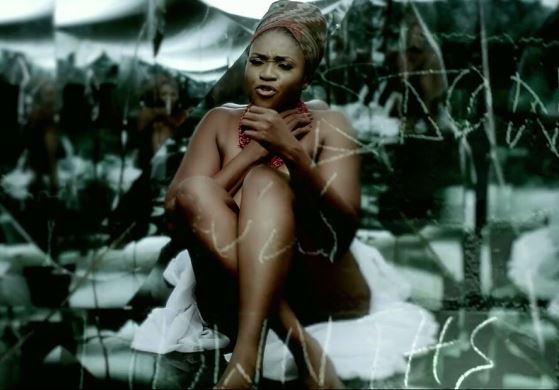 Nigerian singer whose vocal range covers three octaves, Aituaje Iruobe, known professionally as Waje, wowed her fans Friday with the release of the video of the soulful song “Naked”.

In a Twitter video, Waje announced the debut of the video and asked fans to rush to her YouTube channel to check it out.

The message was vulgarly interpreted as many rushed to YouTube, salivating to see the 40-year-old multi-talented singer, naked.

Waje trended on Twitter Nigeria with many making a joke of themselves.

Waje also joined in the drama:

The soulful song raises awareness on domestic and gender based violence.

Here is the lyrics of the song:

Oh-uh-oh
I could undo your damage
I could heal where it’s hurting
I wouldn’t take you for granted
Baby, I’m being honest
But first
Show me something real
Something genuine
Need you to come undivided
Don’t hide behind fake promises and mere words
No, it don’t cover your shame
Need you to do as you say
Cause it’s hard to believe we are high on clouds
When it feels like we are falling
You say we’re covered in love, the both of us
But I still feel naked
We’re the movies but with empty scenes
A forest without trees
I hope you swallow your pride
Make up your mind and stop being reckless
I wouldn’t leave you behind but baby
I’m done being so helpless
I’m used to being so vulnerable
I let you in on myself
While you did the unreasonable
Then act like it was someone else
Oh I…

Waje first gained recognition after being featured on the remake of P-Square’s “Omoge Mi”. Waje was also featured on the duo’s 2008 hit track “Do Me”. Moreover, she contributed vocals to Banky W’s “Thief My Kele” and M.I’s “One Naira”.

Related Topics:Waje Naked video
Up Next