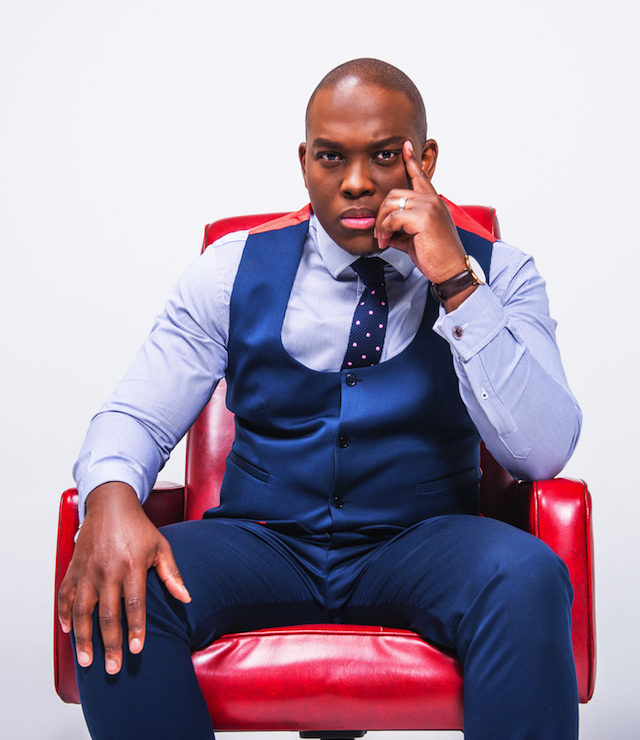 Vusi was forced to drop out of university at the end of his first year because of financial constraints. He walked the full length of two malls in the East Rand, handing out his CV door-to-door, store to store, but after six weeks he still couldn’t secure employment. Vusi then used his international networks (gained through public speaking) and his cellphone, and began recruiting learners in South Africa for jobs in the UK and Australia. This initiative birthed his first company – GPSA (Global Professionals South Africa) – a global recruitment agency that he ran from his township bedroom.

Vusi then sold a portion of his business to a Johannesburg-based digital agency in an effort to digitise his company. Too early for the digital revolution and having poorly chosen partners, Vusi was soon out of business and money. But at the age of 22 Vusi received a life-changing opportunity – he was offered a position at a corporate finance company. Here he refined his skills in corporate finance and became one of the go-to leverage finance guys in the team. He combined his skills in finance with public speaking and after one speaking engagement he walked away from the event with a job offer. Vusi went on to become an executive at Metro Cash and Carry – one of the largest consumer goods businesses in Africa – where he started, grew and managed a multimillion-dollar portfolio of $40 million ( R460 million).

Internationally the 32-year-old has earned his stripes over a 16-year speaking career that has seen him move from public speaking to being one of the most sought after global keynote business speakers. He has built an impressive profile globally and speaks to 350 000 people in 21 countries which include New York, London, Paris, Lagos, Jersey, Guernsey, Rio de Janeiro, Dar es Salaam, São Paulo, Buenos Aires, Colombo, Nairobi, Kampala, San Francisco but to name a few.

His career highlights include an invitation to address the World Bank and the British House of Commons. In 2013 and 2017 he hosted a sold-out show in Las Vegas as part of his Global Inspiration Tour. He was recently named as one of the MeetingsNet Editor’s Pick Top 12 International Speakers of 2016 sharing the limelight with global business leaders, including Levi Strauss & Co executive VP James Curleigh, Arianna Huffington – Co-founder and editor-in-chief of The Huffington Post, and crisis management superstar Judy Smith.

Related Topics:Entrepreneurwealth creation
Up Next

VIDEO: The Rise Of Booming Africa, The Fastest Growing Economy