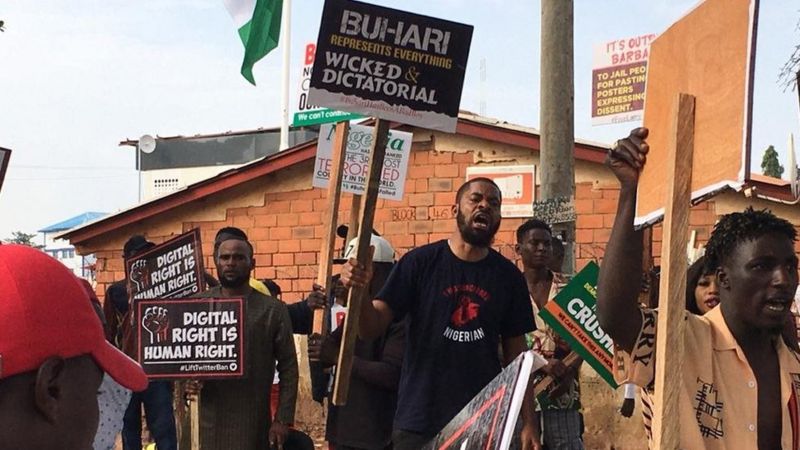 The June 12 protests allowed the youth to show their discontent for the current president through #BuhariMustGo chants. The protest was widespread, as it took places in many Nigerian cities. Nigerians in the diaspora also supported, as crowds gathered in Trafalgar Square, London.

Some other Nigerians also were also in solidarity with President Buhari. They organized #IstandwithBuhari campaigns to show their support.

Already with about 38500 posts on Instagram, the hashtag is gaining more traction. Youth in Abuja, Nigeria’s capital city came out for fresh #BuhariMustGo protests today. Complaining of the hardship they have faced under the current administration.

The country’s ruling party, APC, has taken to twitter to condemn the protests. The party claimed the trending video was an edited version of the failed June 12 nationwide protest. This was announced by APC’s National Publicity Secretary, Mr. Ifeanyi Emeka.