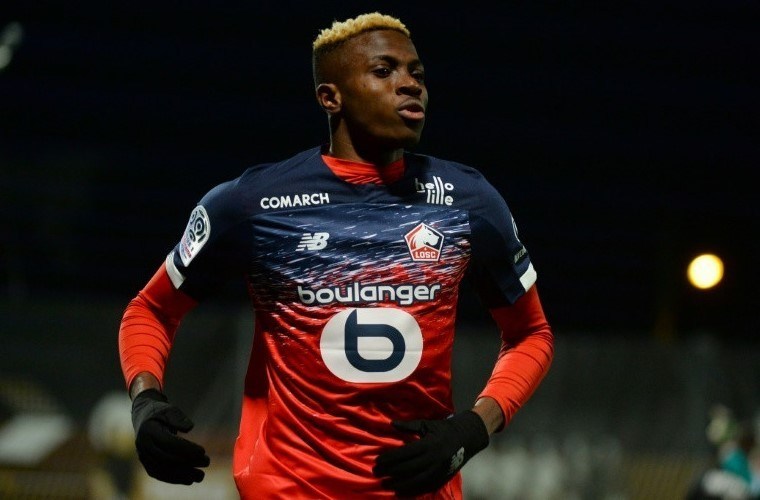 Nigerian striker, Victor Osimhen has finally inked a deal with Napoli while Lille is expected to announce his departure to the Italian giants on Wednesday (today) night.

Osimhen, according to French and Italian media outlets, has signed a five-year contract with an option of a year in a deal worth €70m, which could rise to €80m after a number of performance-related add-ons.

“It’s finally done! All documents are signed. Osimhen is a Napoli player. Lille should formalise his departure this evening (Wednesday). As announced here a few days ago, the transfer is €70m + €10m bonus. Contract until 2025 + 1 year optional for the player,” Get French Football tweeted.

Italian daily, Tuttomercarto also tweeted, “All of the paperwork and contracts have been signed off for Victor Osimhen’s move to Napoli. All that’s left to do now is the announcement.”

The deal is the most expensive signing in the history of the club and the highest transfer deal of the summer so far.

The 21-year-old Osimhen, who scored 18 goals in 32 games for Lille, will wear the No.9 jersey at Napoli next season.