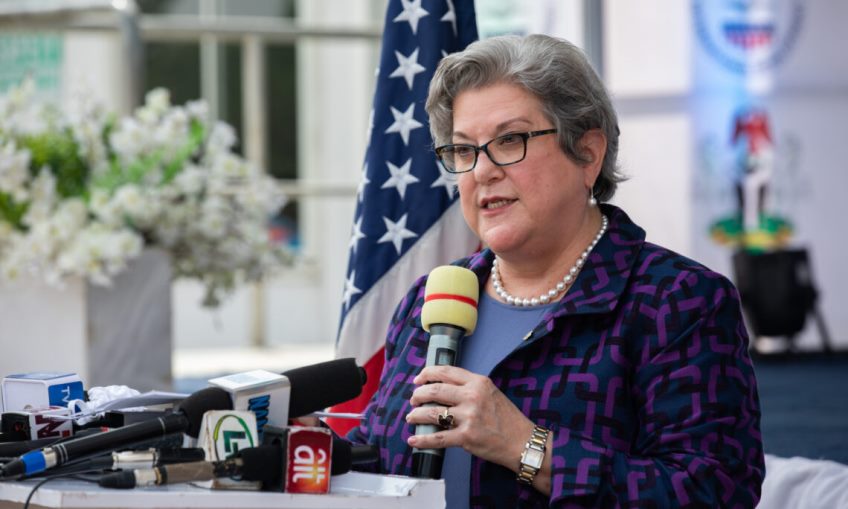 Plans are set up by the United States Government to provide drones to Nigeria as part of her commitment to subdue security difficulties in the nation.

The American envoy to Nigeria, Mary Beth Leonard, disclosed this in Sokoto at a round table discussion with certain journalists in the state.

Leonard declared that the drones would assist Nigeria to end the activities of bandits, kidnappers, and Boko Haram in the nation.

She stated, “Insecurity has shortchanged the development of the country in many areas of human endeavour.

“America is concerned about the security situation of the country.”

The American envoy further clarified that the US has been supportive of Nigeria on information gathering and hardware to fight security through modern technologies and other related areas of concern.

Leonard added that protocols and channels that aid the implementations were deliberated by departments and expertise.

The American envoy who is going round states in the nation to inspect American programmes in the nation said, “USAID had from 2015 to date invested about one hundred and twenty-two million dollars on different activities that comprised improving primary healthcare, immunisations, public access to quality healthcare, education, agriculture, and empowerments programmes.

“USAID future interactions aimed at strengthening the commitments include improving agriculturalists’ capacity for farmers to engage on right agricultural practices for growth and enhanced food production.”

Leonard further said that Safe Schools Initiative and other educational support were given priority, stating that the US government gave regard and worry about the difficulties of Nigerians.

She stated that the US government is helping Nigeria in different human endeavours, emphasising that her nation is the largest single joint sponsor to Nigeria.

The American Envoy lauded the Sokoto State Government for its commitment to the development of the agricultural sector particularly the cotton value chain.