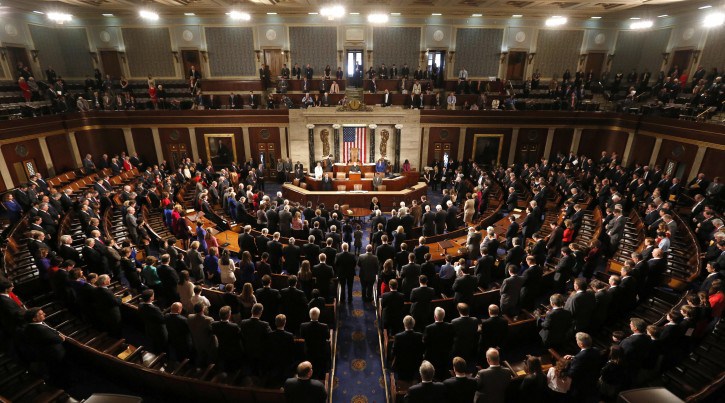 A corporate transparency bill introduced in the U.S. Congress last week will force disclosure of Nigerians and other nationals who run shell companies registered in the United States.

The bipartisan bill, ‘Corporate Transparency Act of 2017’, introduced by Congresswoman Carolyn Maloney, a Democrat, and co-sponsored by Congressman Peter King, a Republican, will compel disclosure of beneficial owners “to prevent wrongdoers from exploiting United States corporations and limited liability companies for criminal gain”.

Both legislators represent New York, a city that has been cited in several investigative reports as one of the prime destinations for illicit financial flow from Nigeria.

The bill enjoys the support of members of the Financial Services Committee of the U.S. Congress, law enforcement agencies, 44 anti-corruption advocacy groups, and 27 investors whose combined asset are in excess of $855 billion.

Nearly two million companies are registered in the United States every year. The bill will amend current incorporation law which often demand only basic information from proprietors and typically does not ask for the names of beneficial owners.

In her introduction, Congresswoman Maloney said “criminals have exploited the weaknesses in state formation procedures to conceal their identities when forming corporations or limited liability companies in the United States.”

“They then use the newly created entities to commit crimes affecting interstate and international commerce such as terrorism, drug trafficking, money laundering, tax evasion, securities fraud, financial fraud and acts of foreign corruption,” she added.

Congresswoman Maloney’s speech to U.S. Congress on June 28 coincides with recent uptick in Nigeria’s campaign for transparency in the financial sector. Speaking in Abuja on June 5 at the Conference on Promoting International Co-operation in Combating Illicit Financial Flows, Acting President Yemi Osinbajo observed that the Thabo Mbeki-led High Level Panel on Illicit Financial Flows from Africa singled out Nigeria as source of most of the illicit fund flow out of Africa.

“The Thabo Mbeki report shows that most of the illicit funds flow that comes out of Africa are from Nigeria and that shows us very clearly especially the security agencies that we simply have to do more. It is evident that so much money is leaving our shores.

While the acting president called for criminalising financial institutions, Akere Muna of the International Anti-Corruption Conference Council, who also chaired the conference, drew attention to Mbeki report’s emphasis on the need for transparency in all segments of financial transaction as the key to combating all “aspects of illicit financial flows.”

“We’re still collaborating with other nations of the world to repatriate funds stolen from Nigeria 20 years ago”, she said.

Ms. Maloney similarly called for international collaboration on corporate transparency. “Anonymous shell companies have become the preferred vehicle for money launderers, criminal organisations, and terrorist groups because they can’t be traced back to their true owners” she said, adding that “the U.S. is one of the easiest places in the world to set up an anonymous shell companies.”

“Frankly, it’s an embarrassment. We need to fix this gaping hole in our national security and listen to law enforcement who is requesting these changes.”

Ms. Maloney who was joined by Stefanie Ostfeld, Deputy Head of Global Witness’ U.S. office; Greg Baer, President of The Clearing House Association; and Rick Fulginiti, retired Price George’s County detective and Chairman of the Fraternal Order of Police’s National Legislative Committee, among others however, assured that once the Corporate Responsibility Law takes effect, criminal organisations that are infamous for using anonymous shell companies, both foreign and domestic, to open bank accounts, launder money and will no longer be able to escape oversight and thwart law enforcement.

The bill also stipulates that Treasury Department will collect beneficial ownership information for corporations registered in states that choose not ask for such information.

What the Buhari administration has achieved in two years – Presidency

Cows will no longer roam across Nigeria – Audu Ogbeh