‘I tried to bleach my skin’ – Singer, Tiwa Savage narrates her challenges with her skin

Busty and plus-sized actress, Monalisa says she would rather adopt than have her own kids 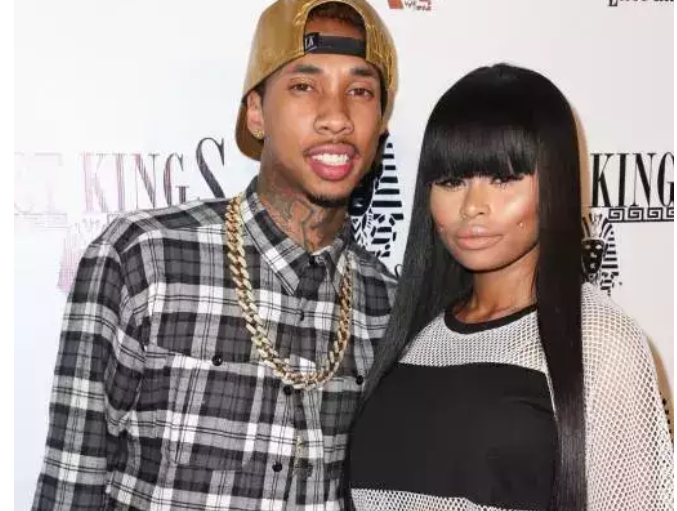 Blac Chyna recently appeared on The Wendy Williams Show, May 15 to be precise and revealed that Tyga — her ex-fiancé and the father of her first son, King Cairo — kicked her out of their house basically as soon as Kylie Jenner turned 17.

“Tyga started dating Kylie and whatnot,” Chyna, 31, told Wendy Williams. “And he had thrown her, like her 17th birthday … so after that happened, you know, that’s when like, of course, the family kinda like, was like, ‘all right, well, bye girl.’ And kinda like, threw me underneath the bus.” Wendy, 54, responded to Chyna, “He was at that time like 21?” She replied that he was 23 at the time, and the talk show host continued, “A 23-year-old throwing a sweet sixteen party for a 16-year-old is not unusual. But how did you know that they were dating?” To that, Chyna said, “Kinda like when I got thrown out.” Ouch.

Kylie and Tyga, 29, dated for about three years but broke up in 2017 shortly after Valentine’s Day. They pretty infamously started their relationship when Kylie was only 17 after things didn’t work out between Chyna and Tyga. Chyna did tell Wendy that Tyga never cheated on her but implied that Kylie being around “did kind of expedite” the breakup.

Chyna went on to date Rob Kardashian and shares a daughter — Dream Kardashian — with him. Kylie, 21, eventually got together with Travis Scott and also has a daughter — little Stormi Webster. As much drama as it sounds like they’ve all been through, Chyna also noted that she and Kylie are on better terms these days.

“I mean, on my side, the last time we spoke … Because, you know, that is Dreamy’s auntie,” Chyna said. “And when me and Robert were together, we kind of put those differences aside. From now on, I’m fine on my side and I’m hoping that we’re good.” Hopefully, they can keep things civil for all the kids mixed up in this mess.