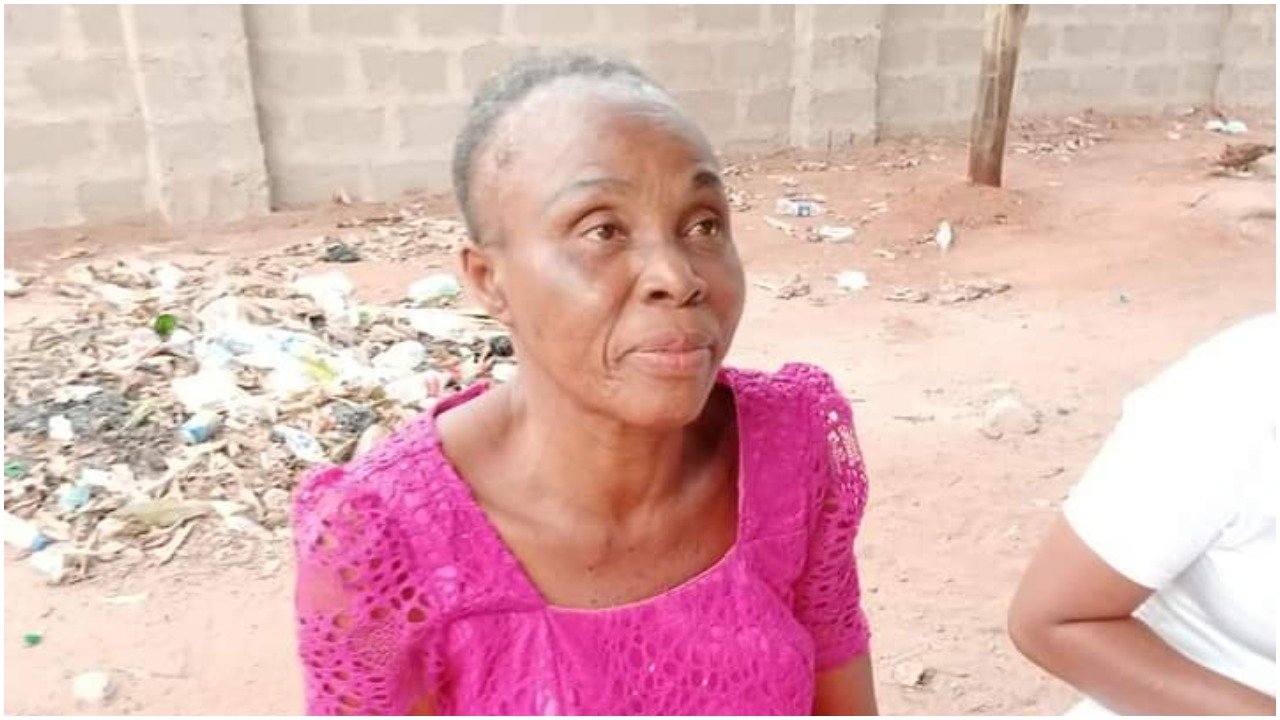 The Anambra State Police Command has arrested two women in Onitsha, who allegedly specialize in abducting children and pounding them in mortars to make charms for politicians. The suspects are Miss Rejoice Raymond, 39, and Mrs. Chidi Nwafor, 80.

A viral video circulating in the state showed a huge outcry by members of the public when men of the Anambra State police command raided the residence of the women.

The video also showed policemen, rescuing three children who were locked up in different rooms in the flat, apparently keeping them for rituals.

It was gathered that the culprits who were arrested along Awka road, Onitsha were taken to the apartment at 3-3 estate, where the children were discovered.

Sources told TopNaija that the women operate a ministry along Awka road, Onitsha, and use children to make charms for businessmen and politicians.

Haruna said police would be charging her for child abuse, deprivation of liberty, and assault on the three children.

“Scene was visited by the DPO 3-3, CSP Abdu Bawa, where a gory sight of badly battered victims, one with a broken arm were found in the pool of their blood and whose parents were neither seen nor known.

“Meanwhile, the children were rescued and rushed to the hospital for medical attention,” he stated.

He also noted that preliminary investigation resulted in the recovery of some fetish substances, blood-stained canes, concoctions, and other incriminating items from the rooms.

He said the Commissioner of Police, CP Monday Bala Kuryas, has ordered a discreet investigation into the circumstances surrounding the case, after which suspects would be brought to justice