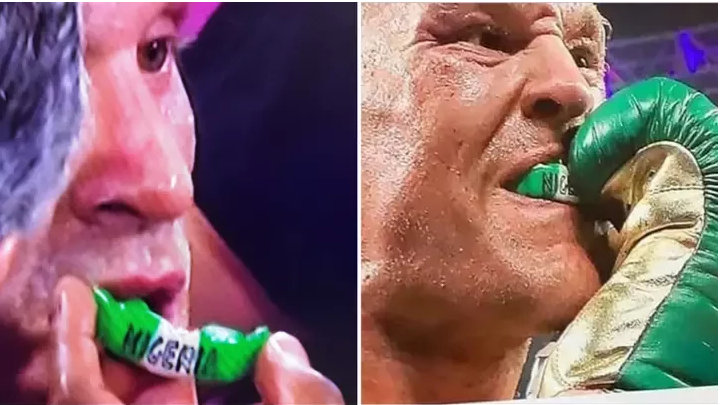 Twitter users have decoded the message WBC Champion Tyson Fury sent to fellow heavyweight champion Anthony Joshua through his gumshield during his incredible victory over Deontay Wilder on Sunday morning.

Could this be a subtle message that he wants to fight Joshua next or has he become a fan of Nigeria like Hollywood entertainers Cardi B and Lil Wayne?.

Harvey Weinstein found guilty of rape, faces up to 25 years in jail