Large explosion left several people injured in the town of Avonmouth, near Bristol 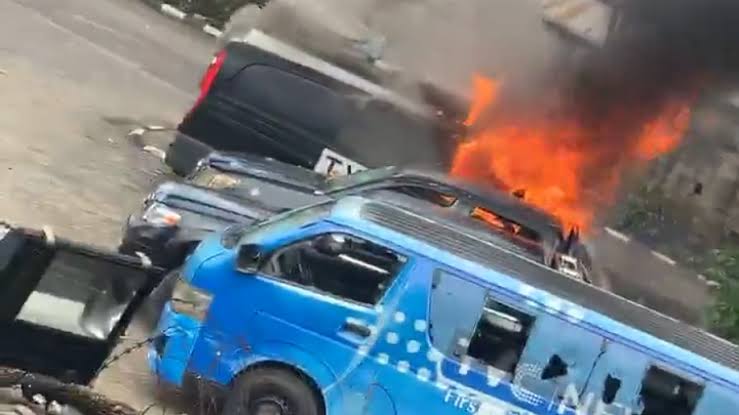 The headquarters of Television Continental popularly known as TVC in Ketu, Lagos which was attacked by hoodlums four days is now back on air, TopNaija can confirm.

Hoodlums had vandalised and set ablazed the station on Tuesday during violence that broke out from #EndSARS in Lagos.

Findings on Saturday revealed that the station is still battling technical glitches.

This is coming after almost 24 hours since the head office of Nation newspaper which was attacked by the hoodlums resumed operation.

The recent attacks on private and government-owned properties in the state were triggered by the shooting of unarmed #EndSARS protesters at Lekki tollgate on Tuesday.

The two media establishments have been linked to the former Lagos state governor and national leader of the All Progressives Congress (APC), Bola Tinubu who is believed to be the target of the attacks.

Meanwhile, American singer Alicia Keys recently used her platform to tell them not lose focus and stay hopeful of a better Nigeria that they desired.

Here is her message to Nigeria;

My love goes out to Nigeria, America and everywhere in the world that is fighting to change the systems designed to oppress! #EndSARS #EndPoliceBrutality
#BlackLivesMatter

We are who we need…

Related Topics:Television Continental
Up Next