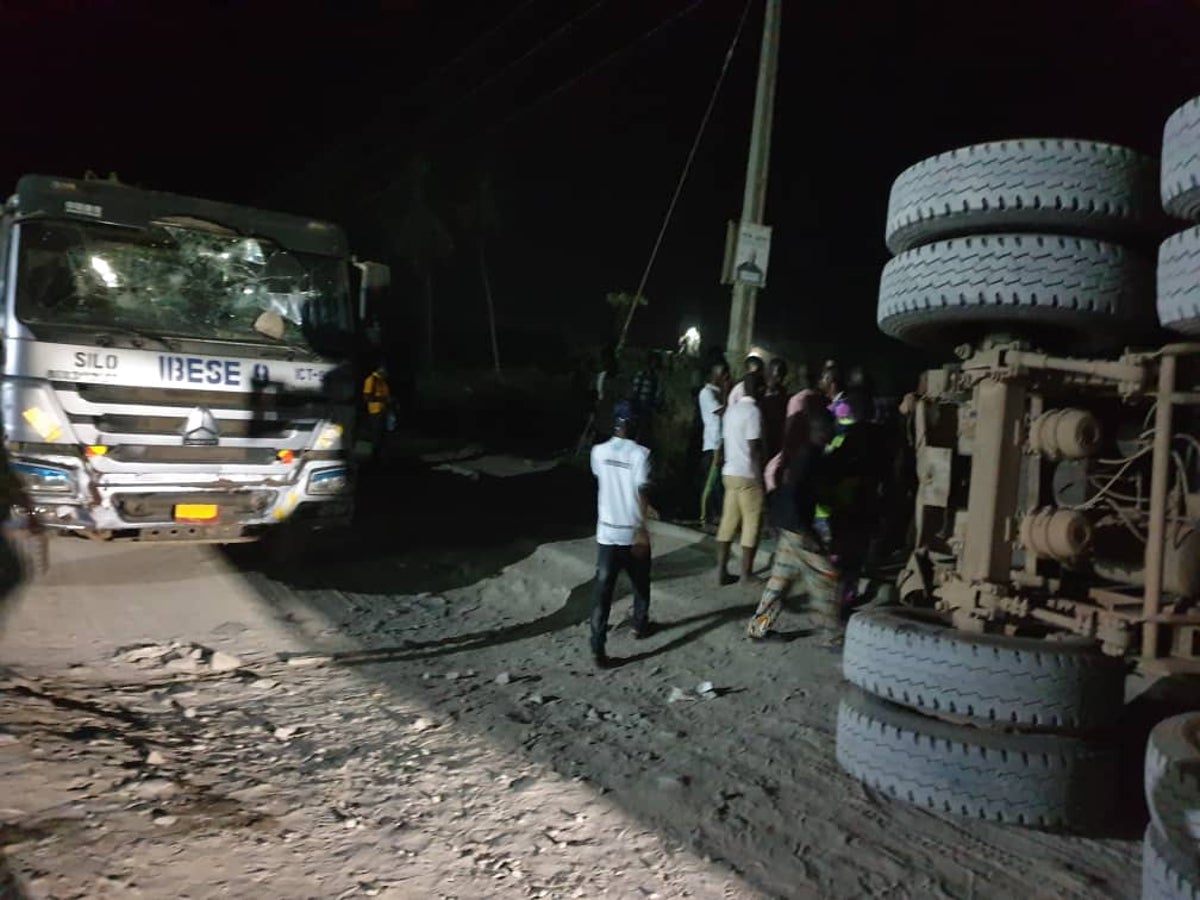 At least six persons lost their lives after a truck fell on a taxi along the Epe Expressway in Lagos State, on Tuesday.

The taxi with number plate SMK – 312ES was said to be conveying seven persons to a destination in the state when the tragedy struck after the Epe Long Bridge.

TopNaija.ng learnt that the truck fell on the taxi, crushing and reportedly killing six of the commuters.

As of the time of filing this report, footage showed emergency responders rescuing one of the commuters. Another footage showed the remains of some of the deceased victims trapped in the crushed vehicle. A picture of the fallen truck was also sighted.

The Director-General, Lagos State Emergency Management Agency, Olufemi Oke-Osanyintolu, who confirmed the incident said the corpses would be transferred to the mortuary.

He said, “On arrival at the accident scene, a Cement Silo truck with unknown number plate was discovered to have fallen on a fully-loaded OPEL commercial taxi with number plate SMK-312ES.

“Investigations revealed that a total of seven people were in the crushed car with six of them having lost their lives on or shortly after the impact. Efforts are ongoing by the response team to extricate the single adult man who is alive but remains trapped beneath the Silo truck.

“Recovery operation is ongoing. The deceased will be transported to the mortuary for processing.”

Oke-Osanyintolu, however, appealed to members of the public to comply with the COVID-19 social distancing guidelines laid down by the Governor, Babajide Sanwoolu, to avoid endangering themselves as well as the rescue workers who had been operating under extremely challenging conditions.

Why we’re on strike during COVID-19 pandemic – ASUU