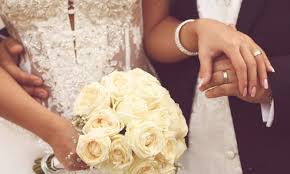 TopNaija reports that the Nigerian troops have rescued a bridal train abducted by Boko Haram on Maiduguri-Damaturu Highway.

It was gathered that the bride and her team were kidnapped by the insurgents on Friday at about 1 pm somewhere in Mainok on Damaturu-Maiduguri Highway.

The abductees were made to drive their two vehicles into the bush and begin a long journey to a destination believed to be Sambisa Forest, Boko Haram stronghold.

The bride was said to have left Maiduguri with her team for the bridegroom’s residence in Damaturu in a convoy of two vehicles.

The insurgents, who have continued to lay siege on the highway for days, commandeered the two vehicles conveying the bride and her team into the bush.

According to a source, they (the bride and her team) were taken at Mainok along the Maiduguri-Damaturu highway at about 1 pm yesterday.

The joint team of the military and members of the Borno State Rapid Response Squad (comprising policemen, members of Civilian JTF, and local hunters) hotly pursued the insurgents.

After several kilometers of pursuit on the bush path, through Friday night, they were able to get to a spot where the insurgents were holding on to their captives.

The military and security team engaged them in gunfire and were able to rescue the captive, 15 in all, including the two drivers

They were able to tow the vehicles initially conveying the bride back into town and setting the bride and her all-female team free.

Speaking on the rescue to TopNaija, the Borno RRS Commander, Abioye Babalola, who led his team to retrieve the abductees, said they went throughout the night on the pursuit of the terrorist group who had abducted a bride and her team on the highway somewhere in Mainok.

He noted that the recovery team was led by an officer of the Nigerian Army with a strong presence of soldiers, but the “team was on hand to offer assistance.”

He said, “After a long pursuit, we were able to get them freed, but we had to overpower the terrorist group who exchange gunfire with us for several minutes.”

“The bride and her team and two male drivers were freed. In all they were 15 persons free,” Babalola added.