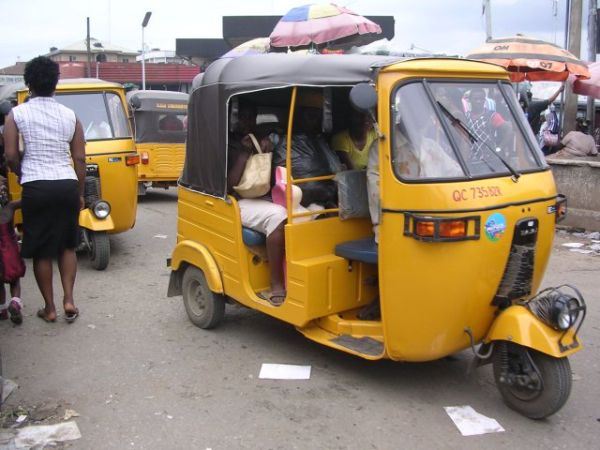 A tricycle rider, Chidiebere Okafor, is being detained at the State Criminal Investigation and Intelligence Department, Lagos, for the death of his colleague, Frank Onah, in the Ifako Gbagada area of Lagos State.

It was gathered that Okafor pushed Onah during a disagreement over a sports newspaper on Tuesday on Yetunde Brown Street.

Onah was said to have slumped and was rushed to the General Hospital, Gbagada, where he was confirmed dead.

One of the victims’ friend said;

“We cannot explain it. Chidi had left a sports newspaper in a friend’s tricycle. Frank (Onah) took it to read.

“Some minutes later, the owner of the paper started looking for it and he sighted Frank reading the paper and challenged him.

“Chidi became angry when Frank refused to release the newspaper to him and they started arguing.

“Frank attacked Chidi with fist blows and Chidi pushed him. He slumped and died.”

Another tricycle operator, who did not identify himself said the victim had refused to release the newspaper because he thought it belonged to someone else.

“People had separated them and they were going their separate ways when Frank slumped and died,” he added.

The late Onah was married with two children. His family members were said to be residing in their hometown in Nsukka, Enugu State.

He said, “It is a case of suspected murder involving two tricycle riders who had an argument over a newspaper. During the fight that ensued, one of them, Chidiebere Okafor, pushed his colleague, Frank Onah, and the victim died in the process. This was around 2pm on Tuesday.

“Our detectives have visited and photographed the scene. The corpse has also been deposited in a morgue for autopsy.”

Employer bathes maid with hot water over affair with her husband