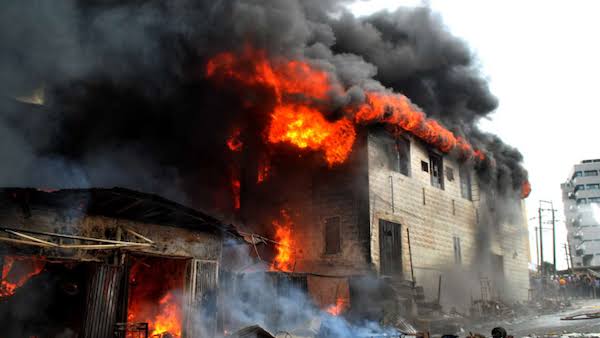 Unlimited condolence as fire burnt to death a 90-day-old baby in Makurdi, the Benue State capital.

Gathered information revealed the mysterious  fire incident that occurred on Awe Street at about 10:30 am last Monday, and also razed an eight-room apartment within the premises.

reports revealed the fire started from an inner room of the eight-room building and spread to other rooms in the house.

The baby was said to have been left with a neighbour  by her mother when she was leaving for study in an Islamic school within the neighbourhood.

The mother of the child, Amira Abdul, in tears said: “When I finished bathing and dressing my baby up, my co-tenants were telling me that she was looking very beautiful. I then dropped her with my neighbour and left for school.

“I was still in school when somebody came to inform us that there was a fire outbreak in my compound. Initially, I didn’t take it seriously, because I thought it was a minor fire incident until another woman came and told me to go home,” she told Sun.

Related Topics:Benuefire incident
Up Next