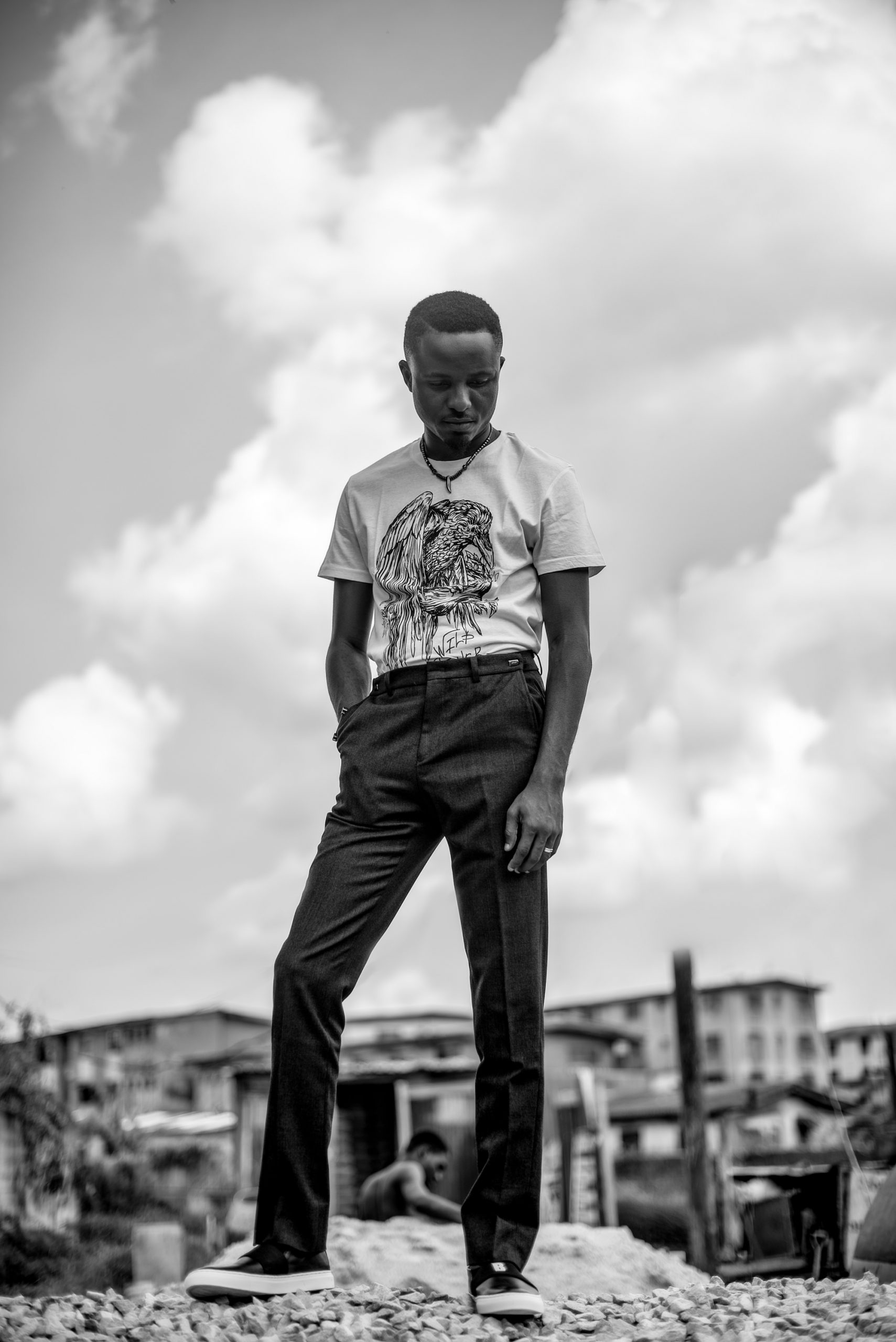 Akinade Ibuoye, popularly known as Gaise Baba, is an ingenious recording and performing artiste who also doubles as a creative entrepreneur. At the core of what he does, is the need to promote positive values among young Nigerians.

Gaise Baba has risen through the ranks, carving a niche for himself through hardwork and dedication to his community. His ten years in the industry have produced not only great songs but also great platforms which include Aramanda and LightsOut Tour.

Gaise Baba sat with TopNaija Stories to share how the building blocks came together to give him the career he now has.

As a recording artiste I am known as Gaise Baba and I make urban Christian music. I have been professional for over 10 years. I released my debut album in my second year, 2011 and my second album is due to come out 2020. Over the past three years, I have been more focused on my creative entrepreneurial side. I have built platforms like Lights outs and Aramanda. I have been very focused on building theses platforms.

Lights Out is a high school initiative where we go around secondary schools within and outside Lagos creating music and art experiences and leveraging that attention/ attraction to advocate positive values to the students, usually teens & preteens. An audience with an age range between 10-17. Over a two-year period, we have activated 12 editions of Lights Out across 7-8 schools.

Aramanda is an urban Christian tour that celebrates urban Christian music and art. It is unique because it focuses on genres and styles that do not fall into conventional worship and praise. We are set out to express and celebrate the talents, skills and gifting within the church that are alternative in their style like afro-pop, rock, afrobeat contortion, spoken word.

I started writing in 2003, performing in 2004. I got into Obafemi Awolowo University in 2004, studied economics, and during my school days I developed myself and got to perform at various fellowships. I organized 2 concerts. One in 200 level and one in 400 level. By my final year, I knew I wanted to do music. While looking for a job in 2010, I got a rare opportunity to sign a recording deal which I took.

I got signed to Sanctify records in 2010 and I was with them for 5 years. I didn’t understand my unique place in the industry when I started out, but my experiences contributed to the discovery of specifics. I had done country music, love and other genres while finding myself.

I often get up at 6am. I spent time with God, getting ready and set out between that time to 7.30am. I am usually at my desk at 8.30am and I and my team get to work on planning and orchestrating our events.

I am at work till about 4-5pm after which I and my wife pick up the kids, spend family time and go to bed at 10pm.

It will be my time with record labels. The point where I decided I wasn’t going to renew my contract with Sanctify records was tough. I had a 5-year deal which I saw out, but I said I wasn’t going to renew. Breaking that to my then boss and partner MannyX who had been an amazing person was difficult. I was with Coded Tunes for about 2 years, but deep down I just wanted to take charge of my destiny.

There were periods within the third and fourth year when it was really tough, I struggled with the thought of just dusting my CV and getting a job. During this period, I was staying alone quite far from the studio. I was going to the studio every day.  There was extra pressure, it was more than the fact that the music had not worked yet. It was also the stress of getting to the studio and back every day, getting back to be by myself. I did that for 9 months. I really didn’t need to because prior to that time I was with my sister’s family who lived closer.

My counsel to anyone on this path will be to embrace all the support structures you can get. Whatever support system you have embrace it and make the most of it. You already have enough pressure from the career, ensure you have as little other pressure as possible.

What is the best business or career advice you’ve ever received?

It came from one of my mentors Kunle Soriyan. From one of my first sessions with him, he sowed the seed of building and focusing on your community rather than just throwing wild cards everywhere. That has played a big role in the mentality I worked with and has been crucial in helping me build my own platforms rather than being completely dependent on other people’s platforms. My mentality is not to have a career that is dependent on invitations, but one where I can be in charge of it with a structure than can fend for itself whether you are invited or not.

I would have insisted on a 4-year deal rather than a 5-year deal, but I would have signed the contract still. I will not trade my time with Sanctify record for anything. It is easy to say you will change stuff but one thing I wish was to have discovered my niche on time. I am grateful for everything that has happened on my journey. It has made me the man I am today and given me the wisdom and outlook I currently have to life.

Tell us about your current role and key traits required to succeed on this role.

Gospel music is music preaching the gospel, driving attention to the finished work of Christ. Singing about the sacrifice, the cross, the blood. Christian music is different, it is about the Christian lifestyle or songs of worship to God. It is for people who already know the God of the gospel. We have so little of gospel music today as most of what we call gospel music is actually worship and praise.

Taking that into consideration, doing true gospel music can be tough. Church music today is vertical, aiding worship. Christian music is not music made for people we are trying to win into a relationship with God. Doing gospel music, you may not be given the same channels that gospel and praise artists use. You will have to find unorthodox channels and people might have an issue with that.

Who has had the greatest impact on your career

Emmanuel Malaka, he took a chance on me when I had really just don’t a few things. He introduced me to the big scale. He signed me to a record label and invested in my music at a time when nobody was signing gospel artists. He specifically looked for a gospel artist to invest in and he picked me. He groomed and mentored me. A lot of what I am today, is a product of what he did for and with me and my career within the 5 years I was signed to Sanctified Records.

Education. The problem with education is that people can’t afford it. But there is a teeming population who needs education. Creative education. It is a long haul, but I believe people need to crack education and they will get a lot of result. It doesn’t have to be a university. As long as people are receiving value which is standardized they will make a lot of money.

Aside God, what do you consider your greatest success secret?

What advice do you have for young creatives?

Focus on building your own community, be sold out to that community because it is your community that will grow your reach.

The Tipping Point by Malcolm Gladwell.

Twitter is undefeated. It has everything fun humour, mentally-stimulating conversation Instagram is a vibe you just see what is going on everyone’s life.

How do you unwind?

Over the last 3 months, I have been unwinding with Netflix.