Why I don’t want my kids to emulate me - Wizkid

Yemi Alade, Patoranking up to something [PHOTOS] 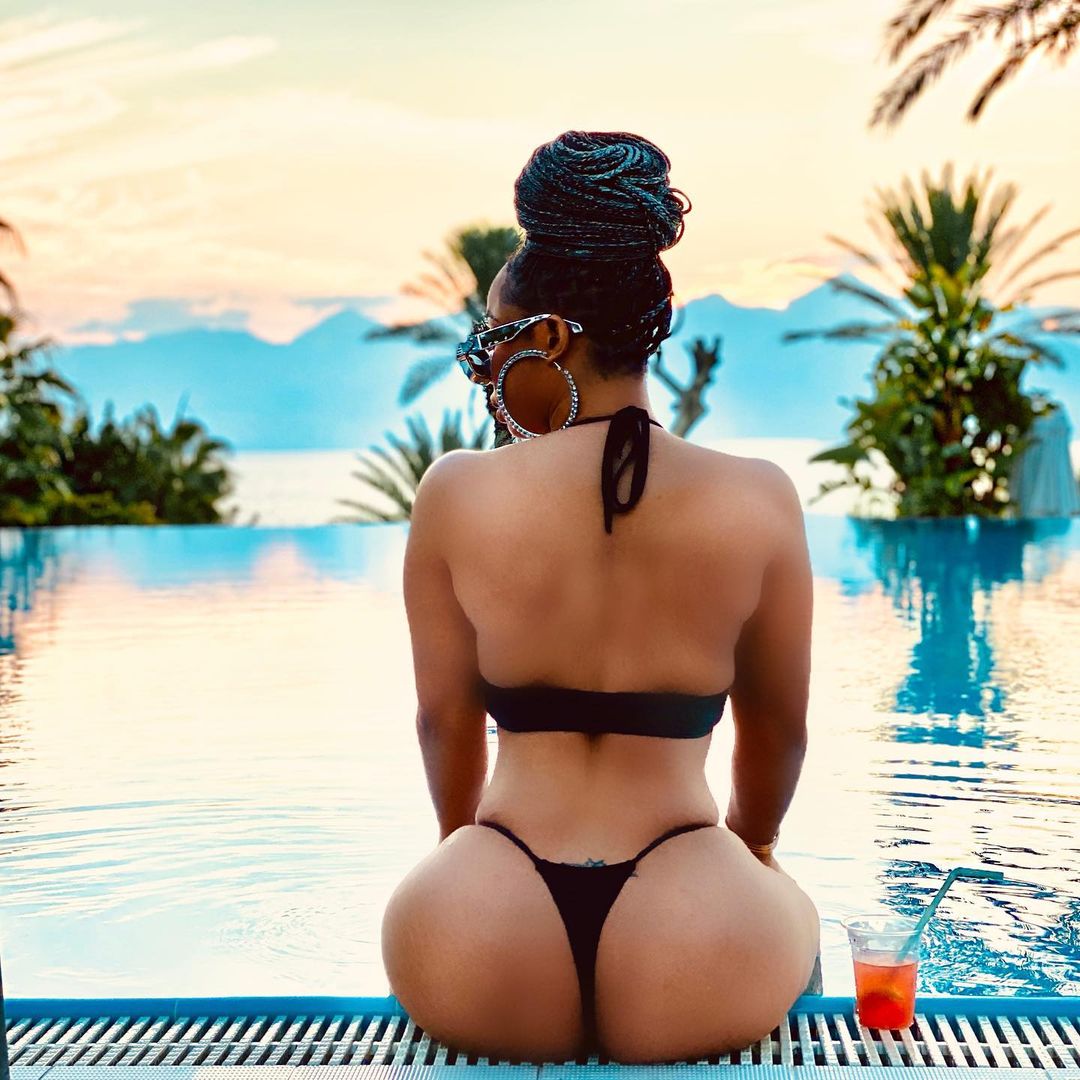 Ms. Makinwa took to the gram to show off her hot body in new photos she shared on Sunday, November 22.

For the particular shoot, Makinwa was dressed in a set of black bikini which she paired with a chiffon floral kimono jacket.

Toke’s new photos have since gone viral and have got people talking because as expected, her fans and followers stormed her comment section to tell her just how sexy they think she looks.

It can be recalled that the TV host recently opened up on undergoing plastic surgeries on her body. The 36-year-old admitted this during a question and answer session on her vlog, Toke Moments on Youtube when said she had surgery done on her body and had a lip filler too.

According to her, she enhanced her body to look better and curvy in her clothes while stating that she does not regret undergoing the surgery.

In her words, “Yes I worked on my body but my breast is real. I had a lip filler because I wanted to launch my lipstick brand but now I don’t think it is necessary.

“Also I enhanced my body after I got my fibroids removed. I did that because I wanted to feel better in clothes.

“I do not regret enhancing my body because it’s the best thing I’ve ever done and I wanted to look curvy and I love it.”