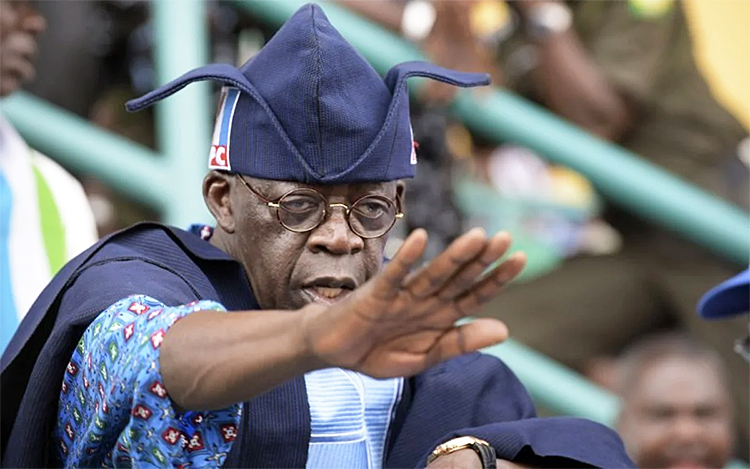 Bola Ahmed Tinubu, the national leader of the All Progressives Congress (APC), Bola Tinubu, has vowed that the federal government will destroy Boko Haram insurgents and bandits terrorising the country as he announced a donation of N50 million to Zamfara communities recently attacked by bandits.

Tinubu announced the donation shortly after commiserating with Governor Bello Matawalle in Gusau, Zamfara. The APC national leader called for sustained prayers to overcome the insecurity situation in the state.

“I could offer prayers for the people from anywhere, but coming in person is important. The enemies of knowledge, Boko Haram and other criminal elements, will be defeated through commitment in humanity. We pray for the entire country to be stable, and if the enemies refuse to stop the carnage, we shall eliminate them,” stated the former Lagos governor.

He added, “We believe in President Muhammadu Buhari’s ability to restore law and order and bring back our country to stability and tracks of development.”

He was accompanied on the visit to Gusau by Kashim Shettima, former Borno governor, the former chairman of the Economic and Financial Crimes Commission (EFCC), Nuhu Ribadu and former APC national vice chairman, South-west, Pius Akinyelure.

Matawalle, who received the APC leader, said his visit would further console the bereaved communities.

“It is my pleasure to welcome His Excellency, Sen. Bola Ahmed Tinubu, Jagaban Borgu, who has spared time out of his tight commitments to visit the state to commiserate with our people over the recent tragic incident of banditry attacks in some communities of Anka and Bukkuyum Local Government Areas,” said the Zamfara governor.

The governor noted that the problem of banditry in the state had persisted for over a decade.

“When I assumed office in 2019, I made it my utmost priority to address this issue as no meaningful development could be accomplished in an atmosphere of insecurity. Considering the reality that the conflict is tied to ethnic fault lines, I initiated a dialogue and reconciliation programme, which leaders of thought overwhelmingly accepted all over the state,” the Zamfara governor explained.

With dialogue and reconciliation, hostilities ceased for over nine months and “hundreds of kidnapped persons were unconditionally released by their captors,” stated Matawalle.

He, however, expressed sadness that the achievement became bad news for some “self-serving politicians” in the state.

“They, therefore, perfected plans to sabotage the peace process. In some cases, security reports fingered them as having direct involvement in the planning and execution of kidnapping, ostensibly to embarrass the government,” claimed Matawalle.

Tinubu is married to Oluremi Tinubu, the current senator of the Lagos Central senatorial district. His nephew, Adewale Tinubu is the CEO of Oando. Tinubu’s mother Abibatu Mogaji, died on 15 June 2014, at the age of 96, while On 31 October 2017, his son Jide Tinubu had a heart attack while in London and was later confirmed dead.