Tinubu lauds Buhari for visiting him in London
Advertisement 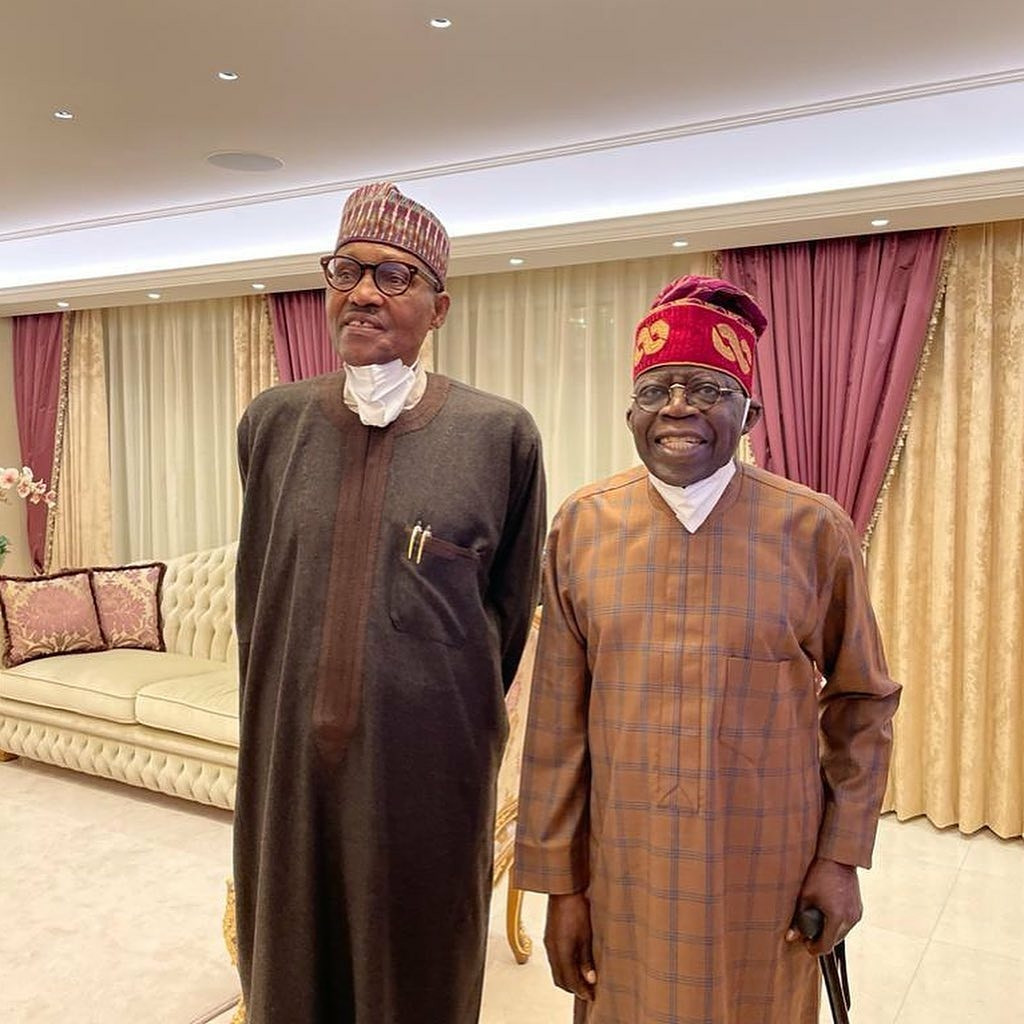 
The National Leader of the ruling All Progressives Congress has expressed utmost appreciation to President Muhammadu Buhari, for visiting him in London.

In a media statement by his media office on Friday, Tinubu said Buhari, through the visit, demonstrated care and humility as a Nigerian leader.

The statement was titled, ‘Asiwaju Tinubu Thanks President Buhari for London Visit’ and made available to TopNaija by Tinubu’s Media Adviser, Tunde Rahman.

It read, “All Progressives Congress National stalwart, Asiwaju Bola Tinubu, has expressed thanks to President Muhammadu Buhari for visiting him in London on 12 August.

“The visit was a friendly and welcome one that underscored the considerate and caring personality of our nation’s President and Commander-in-Chief.

“By this gesture, Mr. President has, again, demonstrated his personal thoughtfulness and humility; defying the erroneous commentaries peddled by his critics.

“Once again, Asiwaju thanks President Buhari for taking the time to visit him and wishes the President nothing but the very best as his administration continues to govern and lead the nation.”

In the photos, Tinubu was seen leaning on a walking stick as he posed for a shot with the President.

Tinubu’s health has been a subject of controversy of late but in a press statement on July 31, 2021, Rahman said though the former Lagos State Governor was out of Nigeria, he was not hospitalised as claimed by some reports.

Also, Lagos State Governor, Babajide Sanwo-Olu, subsequently visited the APC stalwart in London and took photos with him to dispel the overwhelming reports that Tinubu was sick and hospitalised.

Tinubu, who celebrated his 69th birthday earlier in March 2021, has been rumoured to nurse presidential ambition.