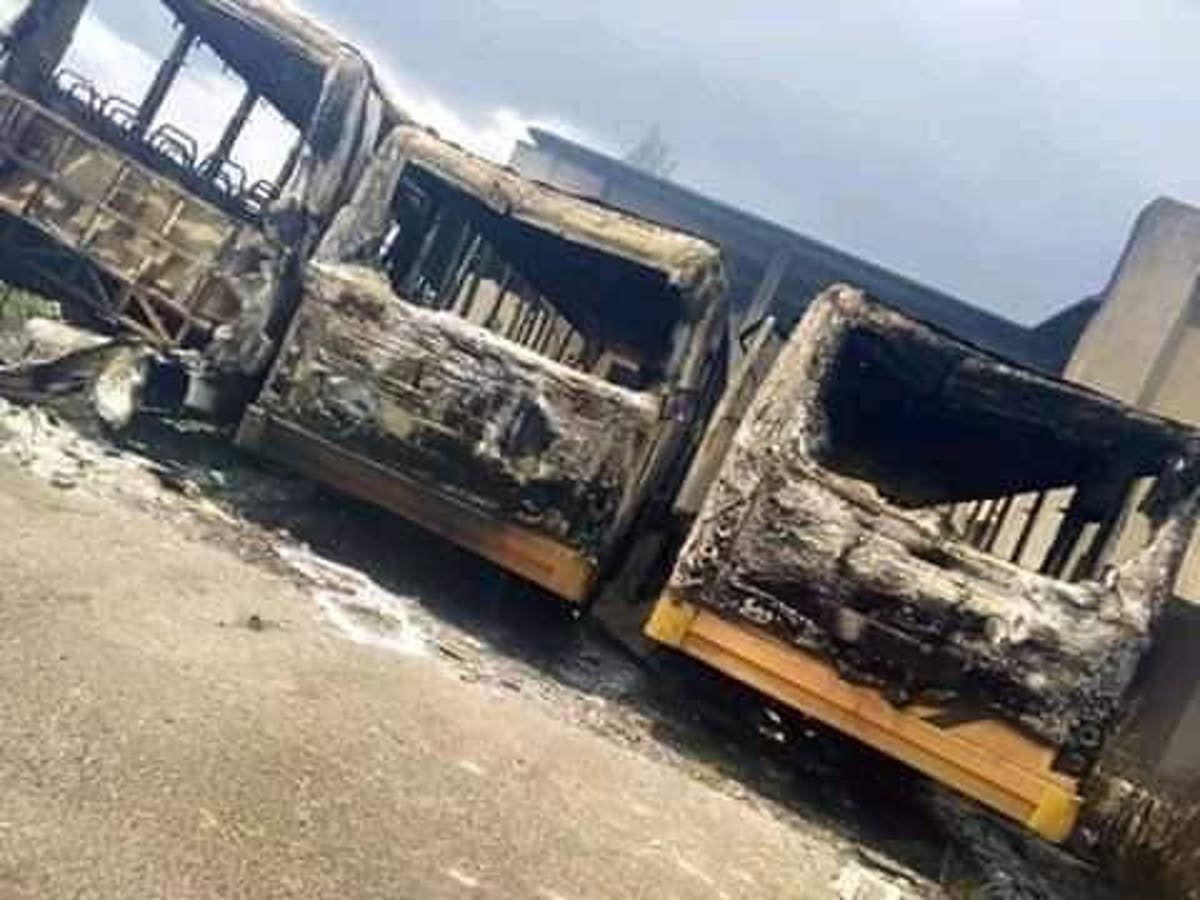 Despite the 24-hour curfew imposed on the state by Rotimi Akeredolu, the governor, some protesters still carried out demonstrations in some parts of the state.

The free shuttle buses, provided by the government, were said to have been packed within the premises of the Okitipupa local government secretariat.

Security operatives have been deployed to the area to restore normalcy.

On Thursday, suspected hoodlums had set the police area command in the local government area on fire and carted away police rifles.

The local government secretariat was also looted and set ablaze while the vehicle inspection office (VIO) in the council was vandalised.

The suspected hoodlums also broke into the Nigerian Correctional Service (NSC) facility in the local government.

The suspected hoodlums also broke into the Nigerian Correctional Service (NSC) facility in the local government.

The hoodlums reportedly pulled down the fence of the facility and set many of the prisoners free.

#EndSARS protests in various parts of the country turned violent after hoodlums hijavked the protests.

This made some governors impose varying degrees of curfew in their states to restore normalcy.

Related Topics:ablazeOndo school
Up Next