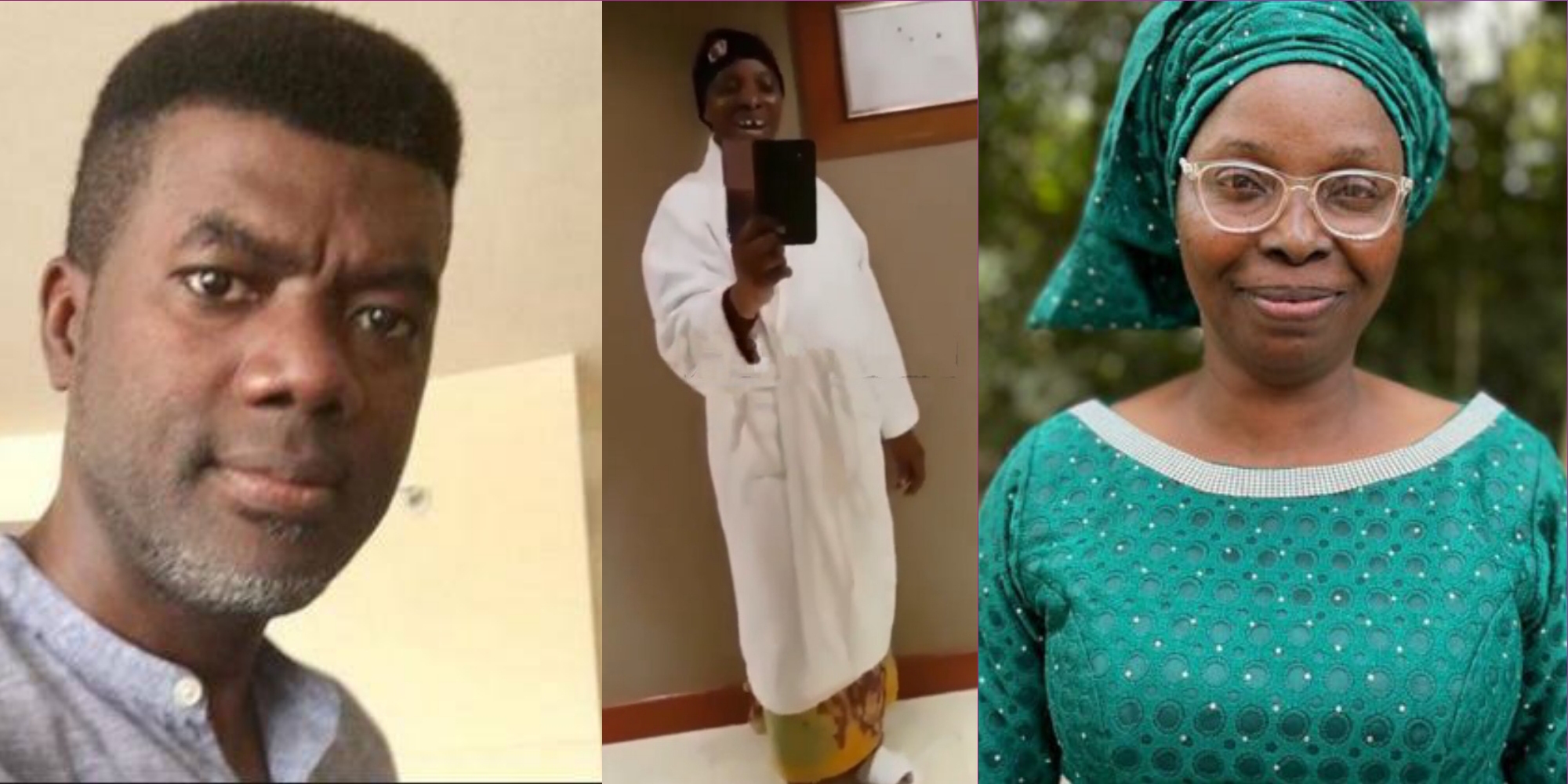 Former Presidential aide, Reno Omokri has spoken concerning the viral video of controversial evangelist, Mummy G.O, as she excitedly showed off her luxurious hotel in Dubai.

It can be recalled that the acclaimed prophetess, Funmilayo Adebayo AKA Mummy G.O, became an internet sensation after her controversial-hellish sermon videos went viral.

Now flash to the present, a video of her having the time of her life in Dubai was shared online has stirred different reactions online.

Reacting to the said video, Reno took to his Instagram page to state that religion thrives in Nigeria because of poverty and suffering.

According to the author, when one travels abroad, those things that one prays for back in the country becomes easily accessible and would then seem so elementary

He added that they would be able to clear their mind of the false teachings and delusions they learned in Nigeria.

“That Mommy GO video in Dubai where she was excited like a teenager vindicates what I said last year. Religion thrives in Nigeria because of suffering. When you relocate abroad, those things you fast and pray for now seem so elementary, and your mind is able to be free of the religious delusions that previously held you in bondage! Who would ever have believed that Mummy GO will be prancing around a hotel suite in a bathing robe and showing off, like a #BBNaija housemate? The old Mummy GO would have declared such ‘worldly’ behaviour as a ticket straight to hell. Enjoy Dubai Funmi, but make sure you avoid hell.”