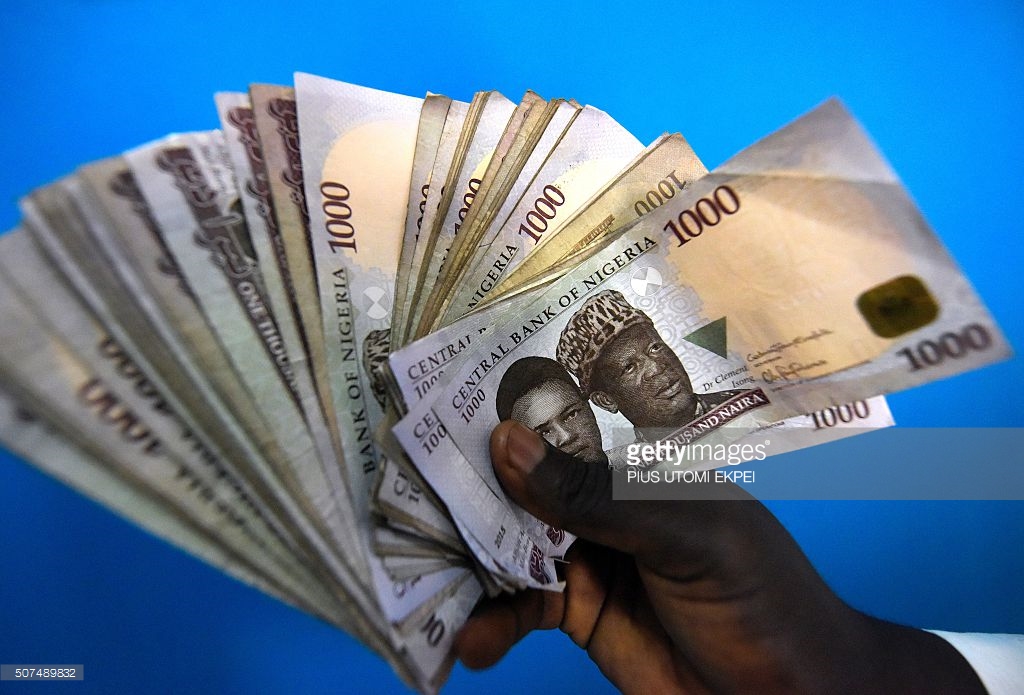 What you do have to have? The right money mind-set, as well as the financially savvy habits that go with it.

“The primary difference between the wealthy and the rest of us is that they’re in control of their money—they don’t let money control them,” says Jaime Tardy, a business coach and author of “The Eventual Millionaire,” who has interviewed more than 150 millionaires on how they accumulated their wealth.

“They have taken the time to learn how to work successfully with money, and as a result, they are the captain of their ship,” she says. “On the other hand, if you approach your finances from a place of fear or ignorance, you’ll be like a boat floating around the ocean without a motor.”

And that type of aimless attitude is what can lead you to make serious dollar-sucking mistakes—unless you learn to adopt some key good money habits of the wealthy.

So with that goal in mind, we rounded up the biggest financial blunders many people make—but prosperous folks avoid at all costs—so you can start to put their strategies into action to boost your own net worth.

If you’re not a numbers person, it can be tempting to mentally cut yourself off from your finances, whether it’s neglecting to stay on top of your investments or blatantly ignoring your bank statements. But that’s a huge no-no—and those with sky-high bank accounts certainly don’t amass big bucks by being blind to their balance sheets.

“If you don’t have the facts about your financial situation, money will stream through your hands like water,” Tardy says. The consequence? You could land in debt, make poor investments—or end up flat-broke when you retire.

The Get-Rich Fix “Some people assume that you have to be an investment banker to understand money, but the wealthy weren’t born with some secret know-how—it’s a gradual learning process,” Tardy says. “If you’re procrastinating about facing money because you’re scared of what you’ll find, you have to dive in. Even if it’s not what you wanted to see, the truth will allow you to make decisions and move forward.”

If you’re starting from scratch, the first step is to gather some basic information from your bank account, like how much you earn and what you spend, so you can figure out what you’re netting each month—and gauge whether your fiscal position is improving or getting worse. Once you have all the facts, you can start making thoughtful decisions about what you need to do in order to start growing your money.

On the other hand, if investing is your money blind spot, facing the facts might mean building up your knowledge base by listening to podcasts, signing up for a seminar or hiring a financial adviser. “Just make sure it’s a trusted source,” Tardy says. “Learn from people who are already where you want to be.”

When you think about the type of lifestyles the rich can afford, you probably picture luxuries like a ski chateau in Chamonix or a closet full of Manolos. But wealthy people are more down-to-earth than you might imagine.

“Millionaires aren’t out there buying Lamborghinis,” Tardy says. “They make purchasing decisions based on their current financial status and their goals. They’re rich because they’re good at keeping money—not spending it.”

The Get-Rich Fix Have your eyes started to glaze over from having the importance of proper budgeting hammered into you repeatedly? We get it. Despite their best budgeting attempts, some people still find it difficult to keep tabs on their spending.

Unfortunately, we can’t give you a free pass to throw this crucial money to-do out the window—but Tardy does have a solution for making it a bit more bearable.

“Make budgeting a game by giving yourself an interesting new challenge every week,” she says. “See how little you can spend on groceries, or even skip food shopping one week and invent meals using what you already have in the cupboards.”

The key is to identify the system (or mind trick) that you’re most likely to stick with—and then do it.

Money Mistake #3: You Neglect to Adjust Your Finances Following a Big Life Event

When you get married or a parent passes away, your bank account is probably one of the last things on your mind. But if you postpone adding your spouse to your will, canceling your joint account after a divorce or signing on to your new company’s 401(k), your bottom line will take a hit.

“Successful people understand that every transition you go through has a financial implication—and they make sure to build a plan for those turning points,” says Pete Bush, a CFP® with Horizon Wealth Management in Baton Rouge, La.

The Get-Rich Fix Whenever your life takes a turn in a new direction, find time to sit down, look at your finances and adjust them accordingly. “Think about it like football,” Bush says. “The coaches have a game plan heading in. But let’s say the quarterback, running back and linebacker get hurt in the first quarter and are out of commission. Their original intention is now irrelevant, and they have to come up with a new blueprint.”

Money-savvy folks understand that even when you’re in the midst of a big event—like sleep-training your 6-month-old—it’s still important to consider your balance sheet … and open that 529 college savings plan that will help you save up thousands of dollars for the big financial burden coming in 18 years.

“Life transitions have many different components to them: logistical, emotional, spiritual, familial and, yes, financial,” Bush says. “Count the financial piece among the others and give it equal weighting. It may not be the most urgent, but at least if you recognize up-front that it’s in the mix, you can make a plan to deal with it.”

It’s one thing to burn through $100 on a fantastic meal at your favorite restaurant. Hey, at least you enjoyed yourself! But it’s entirely another to trash 100 big ones on overdraft fees or missed payments.

“The difference between wealthy people and everyone else is that the rich watch where their money is going, and they protect their wealth by making sure none of it slips through their fingers,” says David Bach, vice chairman of Edelman Financial Services and author of “Smart Women Finish Rich.” “Rich people will rarely be caught paying their bills late, bouncing checks or carrying a high-interest credit card because they hate to waste money.”

The Get-Rich Fix Automate, automate, automate. We’re only human, after all, and we’re bound to miss a payment or overlook a bill at some point. So put safeguards in place that will lower the risk of those inevitable blunders.

“Set up auto-pay features to take care of your key bills—mortgage, car payment, insurance, credit cards,” Bach says. “Late fees can add up to a fortune.”

Of course, that also doesn’t give you license to simply coast. “Rich people read their statements, checking regularly for mistakes,” Bach adds. “They know that if they catch errors on their bills, they can call their provider and get them fixed ASAP.”

Money Mistake #5: You Focus on Saving More—but Not Earning More

If you’ve decided that you need to scale back on your spending, and your first inclination is to sacrifice your daily Starbucks fix or unplug every electronic item in your house when you’re not using them—stop right there.

Millionaires aren’t in the business of wasting money, but they also recognize the greater importance of earning additional income as a way to attain financial goals faster. “[Wealthy people] understand that while there is a limit on how much you can save, there is no limit to how much you can make,” Tardy says.

In other words, even though slashing your expenses by $50 or even $100 a month will boost your bottom line a little bit—raking in thousands more from a salary bump will have a much greater effect.

The Get-Rich Fix If you’re feeling a pinch, invest your time more wisely by seeking out ways to earn more. An obvious place to start is by examining your current salary. If you haven’t asked for a raise recently, and know you’re delivering value to your company, schedule a meeting with your boss to make your case for earning more.

Another strategy? Use the hour you would have spent researching the cheapest online purveyor of dish detergent to brainstorm ways to bring in a side income.

“The key is figuring out what skills you have that can be of value to others and then determining how to charge for that value, whether it is a side venture, helping a friend with a project, or some other way of plugging into an opportunity of trading your value for [someone else’s] money,” Bush says.

Sometimes our frugal intentions end up sabotaging us: You buy cheapie $50 shoes instead of a good-quality $200 pair that will last longer. Or you make repeated repairs to your gas-guzzling, circa 1992 Volvo station wagon rather than spring for a new model.

“Wealthy people understand that the cheapest route isn’t always the most valuable,” Bush says. “They are able to take the long view and consider how what they pay today compares with the worth over time.”

The Get-Rich Fix Part of the solution is changing your mind-set from “find the rock-bottom price” to “find the best value.” Then do the math.

“Take the ‘bargain’ and ‘value’ options of whatever you’re looking at—a mortgage, car loan, etc.—and run the cost out over a reasonable time for that transaction,” suggests Bush. “Compare them both ways, taking into consideration your cash flow, and see which works best for your situation.”

So let’s say a car dealership offers a low rate or 0% interest if you finance a vehicle over three years versus a higher rate for five years. If you plan on keeping the car for seven to ten years, what is the total price of owning it over that time frame? The longer you finance something, the lower the monthly payments—but the more it costs over time. So it’s not as much short-term pain, but it gives you less to build savings with over the long term.

Also, remember that enlightening experiences are inherently more valuable than material goods. “Once you have an abundance of stuff, you quickly realize that you don’t need more of it,” Tardy says. “Millionaires understand that valuing the experiences that change you as a person—be it travel or skydiving—will do more for you than just getting the iPhone 6, when the iPhone 5 worked just as well.” (By the way, Tardy knows several millionaires who still have the iPhone 4!)

So start paying attention to what you are doing when you feel happiest and most alive—and put your financial efforts into creating more of those moments.

#LifeLessons: How I Followed My Passion To The Top – Prince Yemisi Shyllon