There will be Massive defections to APC, Buni declares
Advertisement 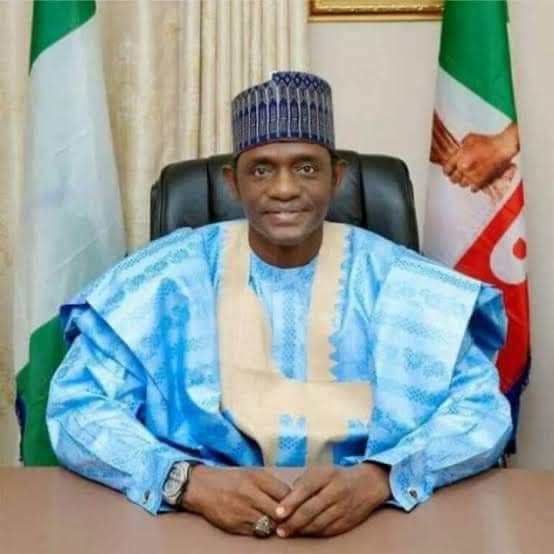 The All Progressives Congress, APC, Caretaker Extraordinary Convention Committee, chairman, Mai Mala Buni has said that the ruling party is about to shock Nigerians with an unprecedented number of defections that would remain the largest in the nation’s political history.

Buni gave the hint on Wednesday while delivering a speech during a meeting between members of the Caretaker Committee and the APC Senate caucus which held at the National Assembly, Abuja.

According to him, the Governor of Ebonyi State, David Umahi, former Speaker of the House of Representatives, Yakubu Dogara and former Chairman of the Peoples Democratic Party, Barnabas Gemade alongside others such as Senator Hamma Misau are among those that have found their way to becoming members of the ruling party.

“Today, we are proud to say that the conflicts in most, if not all of the states have been settled. The party now proudly parades political heavyweights in their respective states that have either returned to the party or freshly joined the party.

“Many others have indicated their interest to return or join the party. In fact, I want to assure you all that APC would soon shock Nigeria’s political space with massive and unprecedented defections ever witnessed in the political history of our great country. And by the grace of God, APC will undoubtedly remain Nigeria’s leading political party”, Buni said.

Speaking on efforts by the caretaker committee to reconcile aggrieved members, he said, “the reconciliation exercise by the committee as part of its interventions demands internal resolutions within the party, and calls for all court cases against the party to be withdrawn from the courts to allow internal settlement of the various disputes.

“The caretaker committee has collected all such cases, including identifying the parties to the disputes and litigations, and has made schedules for immediate withdrawal of litigations, while equally setting out procedures for hearing out all aggrieved members, including creating a neutral ground for all to voice out their grievances.

“As at today, the party has recorded a large number of resolved intra-party disputes while others are ongoing with strong prospects of resolving them,” he added.