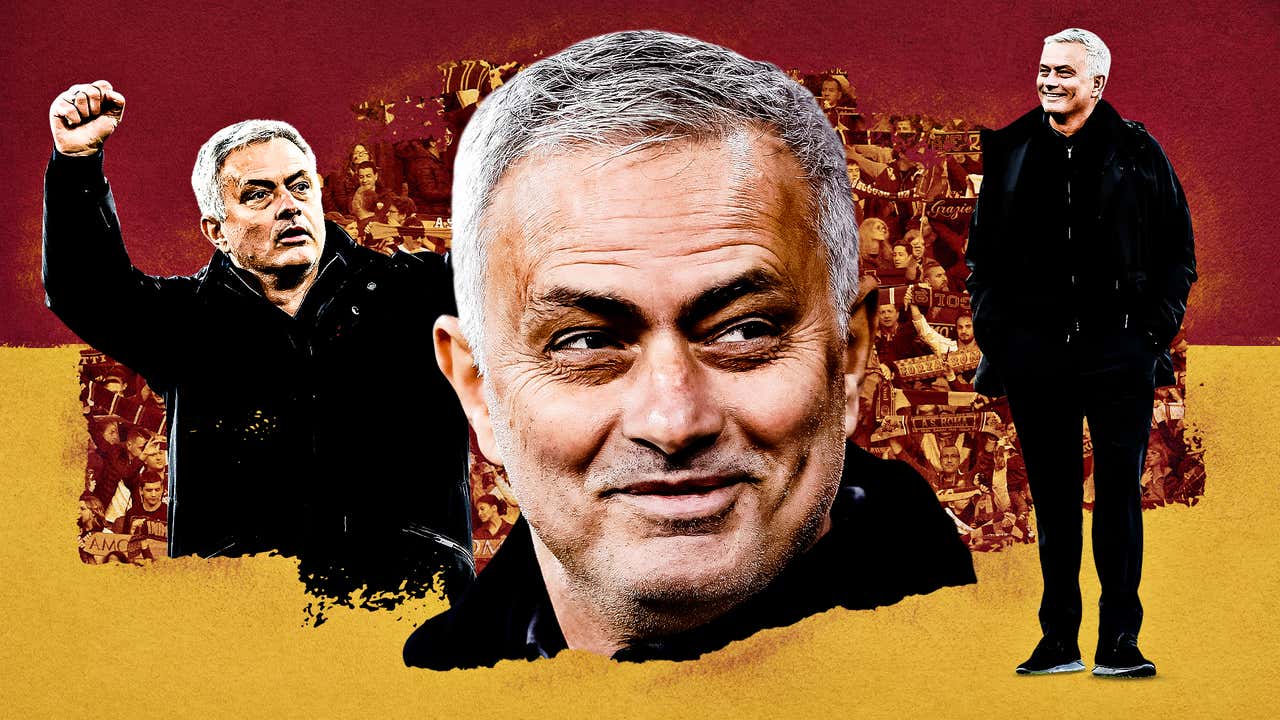 Talk about a content creating Manager, you obviously have no need to look further than AS Roma boss, Jose Mourinho.

Argue it, debate it but there is never any doubt that, if Mourinho was never in the game, the football world would have been very much a boring atmosphere for the media.

His actions, press conferences, interviews, digs are gold mines that repeatedly create headlines for readers and the public.

There is no denying it; the Portuguese has built himself a charisma that will last long in the minds of many, cause he will repeatedly be talked about as a great. Of course, he isn’t the only manager who has most achieved in the game.

But Mourinho has that one title no one has boasted of— being the first manager to complete the European set of the Champions League, Europa League and the Europa Conference League.

TIRANA, ALBANIA – MAY 25: Jose Mourinho, Head Coach of AS Roma celebrates with the UEFA Europa Conference League Trophy after their sides victory in the UEFA Conference League final match between AS Roma and Feyenoord at Arena Kombetare on May 25, 2022 in Tirana, Albania. (Photo by Alex Pantling/Getty Images)

He said it, but we didn’t believe him.

He is the special one. And it’s most reflected in the man’s prowess in title or trophy winning finals, that has seen him do wonders with clubs like FC Porto against the big guns in Europe’s top tier tournament; the Champions League, repeat same feat with Inter Milan, and no matter how controversial his time at Manchester United was; he boasts of being the only manager to win the club its last trophy—the Europa League.

The media; pundits, fans alike and even reports in general have mocked the Former Chelsea boss’ tactics as failing in the modern game, or how he wouldn’t survive against the evolving world of football, but can anyone ever brag about beating Mourinho’s records with finals?

This is a man that told the world that his greatest achievement was taking Man United to 2nd in the English Premier League and winning the Europa League in same season, and was criticized for being a failure by club Legends. But providence has shown he knows what he was saying.

And the future, now has bared him witness.