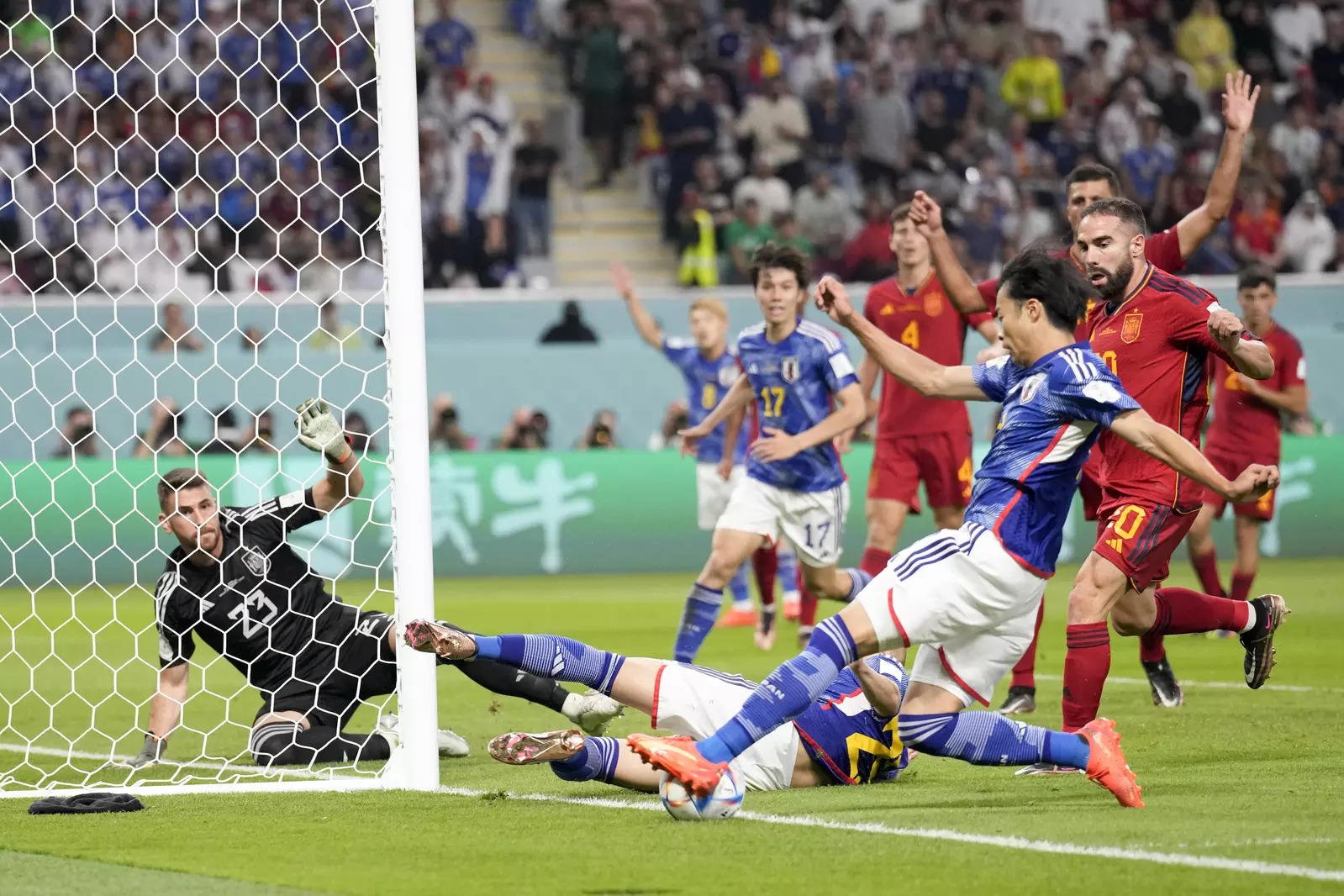 FIFA created quite the controversy in Japan’s group match against Spain that played a part in Germany’s elimination when Japan’s goal was allowed to stand despite the ball initially ruled to have gone out of play by the Referee.

Though conspiracy theories have been created regarding the shocking loss, the global football body has responded to the VAR decision that ironically went against a different team on the night.

FIFA has at last explained why Japan’s second goal in their 2-1 World Cup triumph against Spain was permitted.

The winning goal was valid, according to evidence presented by the world’s football governing body.

The Asian giant produced an incredible comeback against Spain in the second half, eliminating Germany from the competition.

Germany’s 4-2 victory over Costa Rica was rendered useless and meaningless as a result of Japan’s triumph.

Kaoru Mitoma of Japan stopped the ball from leaving the field of play, despite the fact that initial replays appeared to show the ball had past the byline and Tanaka had crossed it before firing in from close range.

The decision to reverse the on-field result was made by the video assistant referee, who was backed up by the football governing body’s production of photographs and video of the angles they utilized to make their determination.

The contentious choice, coupled with FIFA withholding the pivotal photographs, spawned a variety of conspiracy theories.

I Have Been Vindicated—Luis Suarez

He Comes Home A Hero—Jay Jay Okocha on Cameroon Goalie