Why I resolved never to get married - Burna Boy

Alec Baldwin to be exonerated after killing cinematographer on movie set 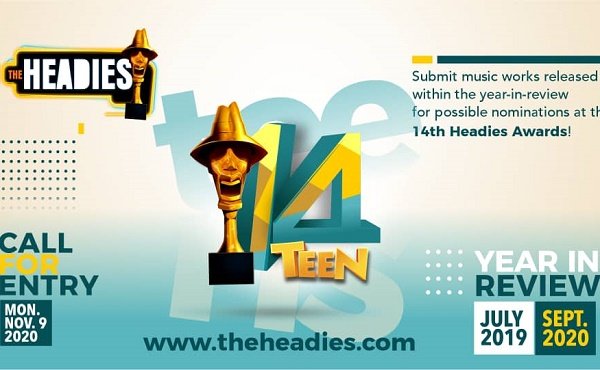 Smooth Promotions, organisers of The Headies, an annual award to celebrate outstanding achievements in the Nigerian music industry, have called for submissions for its 14th edition.

In a statement on Tuesday, the organisers said this year’s edition of the award would welcome all music works released between July 2019 and September 2020.

“As Nigeria’s most revered music award show and a custodian of Nigeria’s music heritage, The Headies Awards is continuously tasked to identify, celebrate and reward hardworking music creators and contributors to the entertainment industry,” the statement read.

“This year will mark the fourteenth edition of the awards, and we have opened our doors once again for the submission of all music works released between July 2019 and September 2020, the year-in-review.”

The organisers also announced the inclusion of a new category dubbed ‘Songwriter of the year’ to celebrate individuals supporting the creation of quality music.

“After years of consideration, we are delighted to announce that we will be including one new nomination categories – ‘Songwriter of the year’, to bring to the limelight hardworking individuals who have all significantly supported the creation of quality music,” it added.

Since its establishment in 2006, the annual award has been won by several music stars including Davido, Wizkid and 2Baba.

The 13th edition of The Headies, formerly known as the Hip Hop World award, was hosted by Nancy Isime, an actress and TV host; and Reminisce, renowned rap star.

Related Topics:The Headies
Up Next