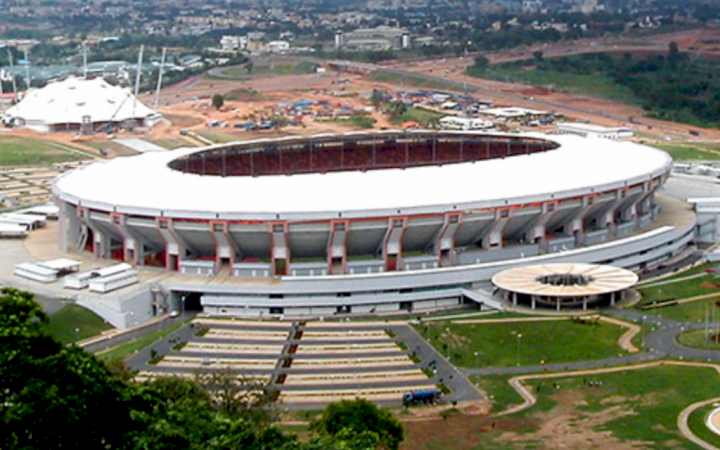 After suffering AFCON early exit heartbreak, Nigeria looks set to be involved in another edition as the Confederation of African Football (CAF), approves the Moshood Abiola Stadium, Abuja, for the 2023 Africa Cup of Nations qualifiers.

Courtesy of a letter penned to the Nigeria Football Federation (NFF), CAF stated that the ground can and will be used for the 2023 AFCON qualifier between the Super Eagles and the Leone Stars of Sierra Leone next month.

The approval puts an end to the assumptions that the edifice will be barred from hosting international matches after the fans fiasco that took place after Nigeria’s elimination from the Qatar World Cup qualifiers at the hands of Ghana earlier in March.

Although, Nigeria didn’t go scot free of punishment as sanctions were laid on the Country and its footballing body by FIFA. And so far, it stands to be certain that Nigeria would host Sierra Leone without any supporter being present for the fixture as per the agreement to the sanctions.

It should probably come as a relief though as permanent or lengthier sanctions could have gone far lengths to hurt Nigeria and the NFF in more ways than none.

As it stands, the Super Eagles looks set to compete in Group A of the qualifiers with Sierra Leone, Guinea-Bissau and Sao Tome and Principe as opponents.

Comedian, Brain Jotter surprises his mom with a car (Video)