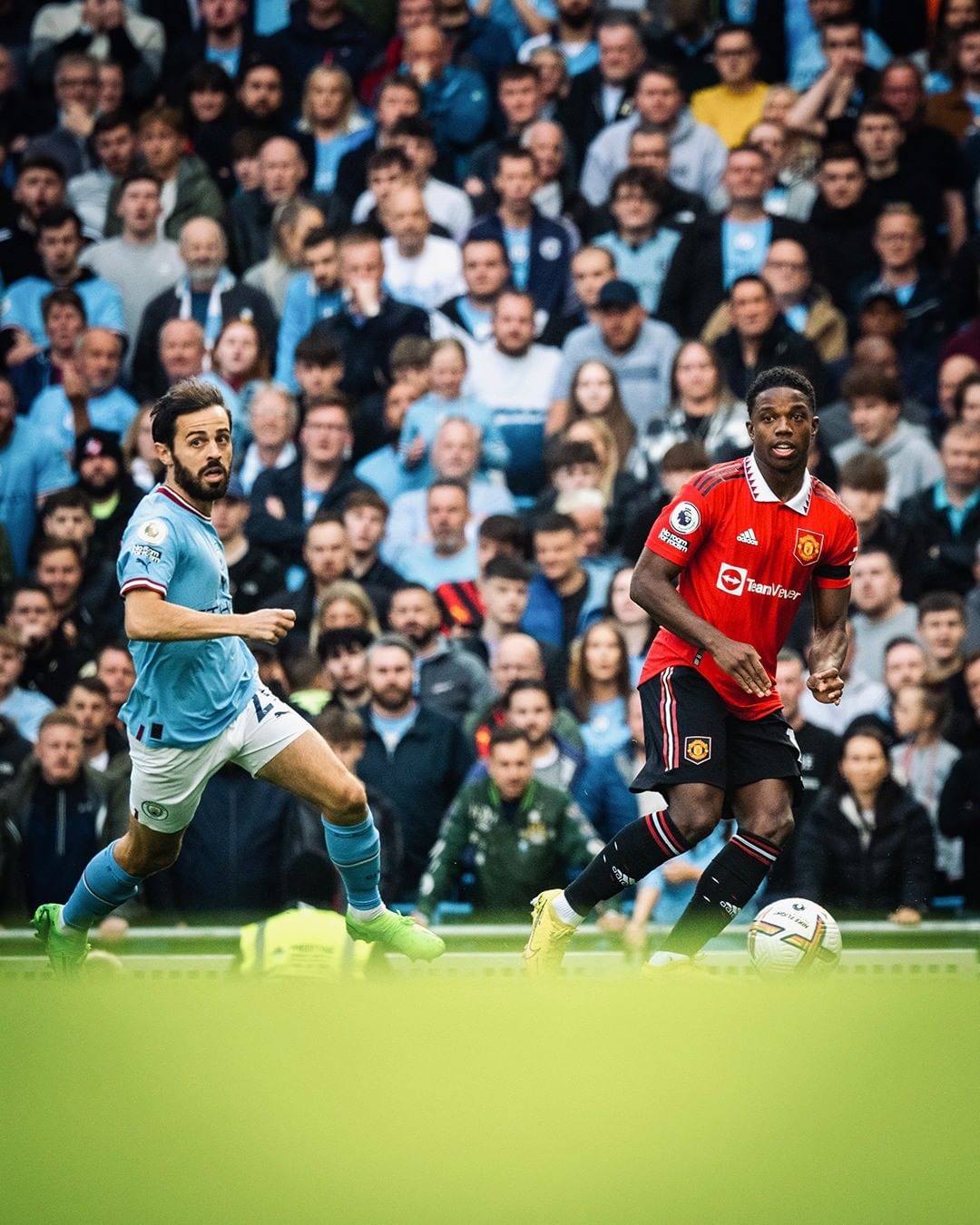 They call it the Manchester Derby but in reality, we all know it is the Bald-chester derby.

The Manchester derby was all a football neutral could hope in a premier league match and even more as it highlighted the brains of the two bald managers of both sides.

Of course, the game would leave the Manchester United faithful a bit uneasy seeing it ultimately ended in a 6-3 defeat in favor of the home side, but like the saying goes, ‘never judge a game from its scoreline’.

The score-line shouldn’t really be judge by neutrals or fans even though we must admit there somewhat laid a gulf in quality between the pair, but it wasn’t an all out dominance by the blue side of Manchester.

Sure, the bald-chester derby started with Manchester City at the front foot via Erling Haaland and Phil Foden leading the charge with 3 goals a piece, the Red Devils held in their own rights, their quality to hit their arch rivals back with 3 goals.

Men of the derby

The 3 goals were goals that were very well fought for as the new United side pressed hard a City side to force out errors that tested Ederson Morales who for all the wrong reasons showed he was already out of the game after his side had ran into the game with a 4-0 lead at half time.

The Brazilian found himself conceding a long range shot fired off the foot of Manchester United’s new signing ‘Anthony’ to spur the Red Devils into the game at 4-1.

Of course, the score-line for obvious reasons could have being City’s own undoing in the ‘bald-chester’ derby had it remained that way on their end of the score sheet.

But thanks to Erling Haaland and Phil Foden coming through again, the City side smiled twice as they hit back to improve the score line to 6-1 intent on humiliating their city rivals.

It very well could have being the humiliation if not for the timely arrival of forgotten Manchester United man, Anthony Martial to net a brace for his side.

BBNaija S7: How I knew Rachel was a fake housemate from the start – Sheggz