Tyson Fury throws jabs at Deontay Wilder ahead of their Saturday 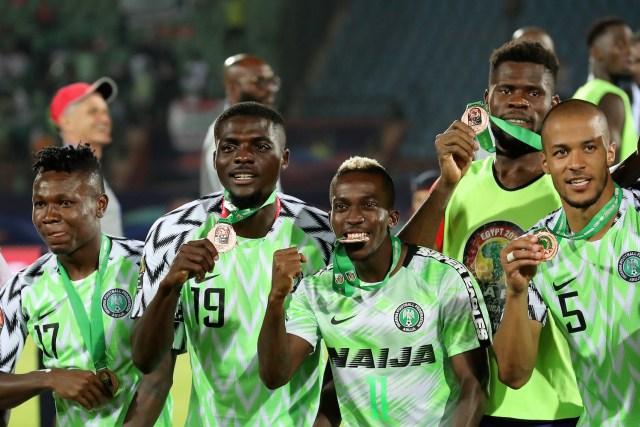 Super Eagles of Nigeria has moved four places higher in the February FIFA rankings released, now occupying the 31st position in the world and are third in Africa.

The latest rankings were released on Wednesday, where Senegal remains the best on the continent and 20th in the world, while Tunisia moved up to 27th position.

Algeria (35th) and Morocco (43rd) complete the top five in Africa. Globally, Belgium remains the highest-ranked country in the world. France is in the second spot, while Brazil, England, and Uruguay make up the top five.

The Nigeria national football team, represents Nigeria in men’s international football nicknamed as the Super Eagles and it’s governed by the Nigeria Football Federation. They are three-time Africa Cup of Nations winners, with their most recent title in 2013, after defeating Burkina Faso in the final.

Related Topics:TopNaija. Super Eagles
Up Next