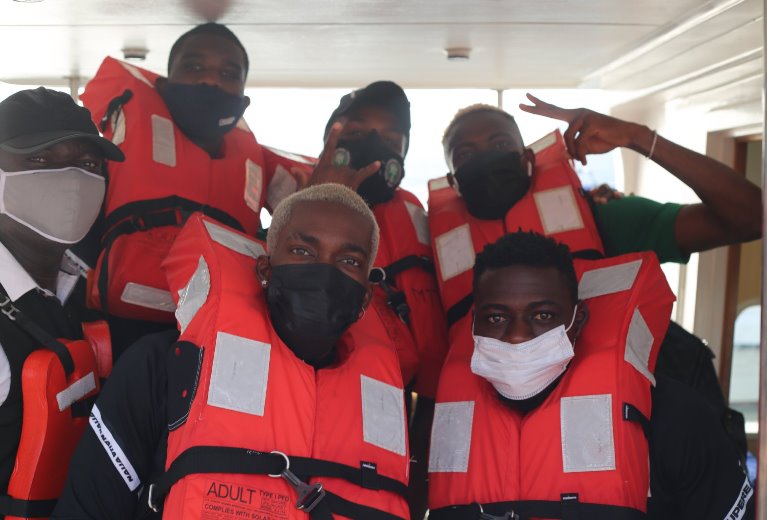 Super Eagles players have departed Lagos for Port Novo where they will confront the Benin Republic chipmunks in an African Cup of Nations qualifier game at the Stade Charles de Gaulle on Saturday.

The crew journeyed today by boat as previously declared by the President of the Nigeria Football Federation, Amaju Pinnick.

Talking about travelling to Benin by sea, Rangers duo, Leon Balogun and Joe Aribo disclosed that the means of transportation was not an issue, stating that a win was topmost on their minds.

“Traveling by sea, it is what it is; we can’t use that as an excuse. We know what we have to do mentally and that is to win the match. I have never travelled by sea before,” Aribo told Top Naija.

Balogun said, “I guess we have to be okay with it, I will say it’s a bit unusual but that’s just how it is. If they change it, it’ll be good if they don’t, we’ll be fine, but the most important thing is that we get there in one piece, and win the game.”

“It will be my first time travelling by sea, but I don’t really mind. All that matters to me and my teammates is to wear the jersey, represent our country and win the game,” in-form Galatasaray forward Henry Onyekuru stated.

It’s not possible for anyone to overthrow Buhari govt, says Presidency