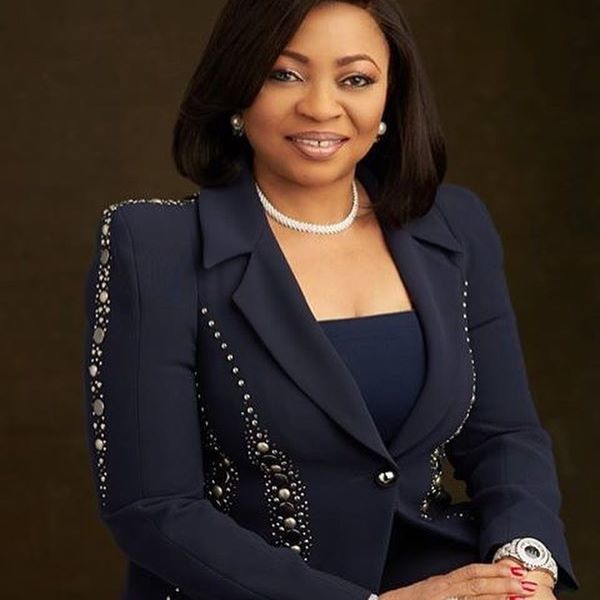 Folorunsho Alakija was born into the family of Chief L. A. Ogbara in Ikorodu, Lagos Nigeria in the year 1951. She had her primary school education at Dinorben school for Girls in the United Kingdom for four years. She came back to Nigeria for her Secondary school education and attended Muslim High School Sagamu, Ogun State, Nigeria. She however returned abroad for her secretarial studies at Pitman’s Central College, London. She studied fashion design at the American College, London and the Central School of Fashion. Folrunsho is married to Modupe Alakija who is a lawyer and together they have seven children. A street in Lagos which is their state of residence is also named after Folorunsho Alakija’s husband Modupe.

Folorunsho is also known to have quite a high taste, her latest house was specially customized for her and of course must have cost a whooping amount. It is also said to be the most expensive residential property in Africa and the fourth most expensive in the world.

Assets are not the only things Folorunsho likes to spend on, she also does not mind spending large sums of money on events either, her son Folarin Alakija’s wedding to his Iranian fiancée cost a whooping sum of N2 billion.

Folorunsho Alakija is also an aunt to DJ Xclusive a Nigerian disc jockey, musician and celebrity.

Rise to Fame and Wealth

Folorunsho started her career as an executive secretary in 1974. She worked at Sijuade Enterprises in Lagos, Nigeria and then later on worked at the erstwhile First National Bank of Chicago which is today known as FinBank and was later bought by FCMB (First City Monument Bank). She worked at the bank for some years but later left to start her very own tailoring company -Supreme Stitches. Her company grew quite fast and soon became a household name, she even received patronage from Nigeria’s elite women.

Folorunsho delved into oil in May 1993; she applied to receive an  OPL (Oil Prospecting License) which was granted to her company Famfa Limited. She went into a joint venture agreement with Star Deep Water Petroleum Limited and selected the company as a technical advisor for the exploration of the license and even went as far as giving the company 40% of her 100% stake.

Folorunsho has ownership of a 60% stake in her company Famfa Ltd which has in fact contributed extensively to her immense wealth.

She has a real estate portfolio worth $100 million and a private jet worth $46 million.

Folorunsho is very much into philanthropic work. She has stated that she is very passionate about helping widows and orphans.

On 9 March 2016 she became the first female Chancellor (Osun State University) in Nigeria.

Folorunsho Alakija’s net worth as rated by Forbes as at March, 2017 is $1.6 billion.