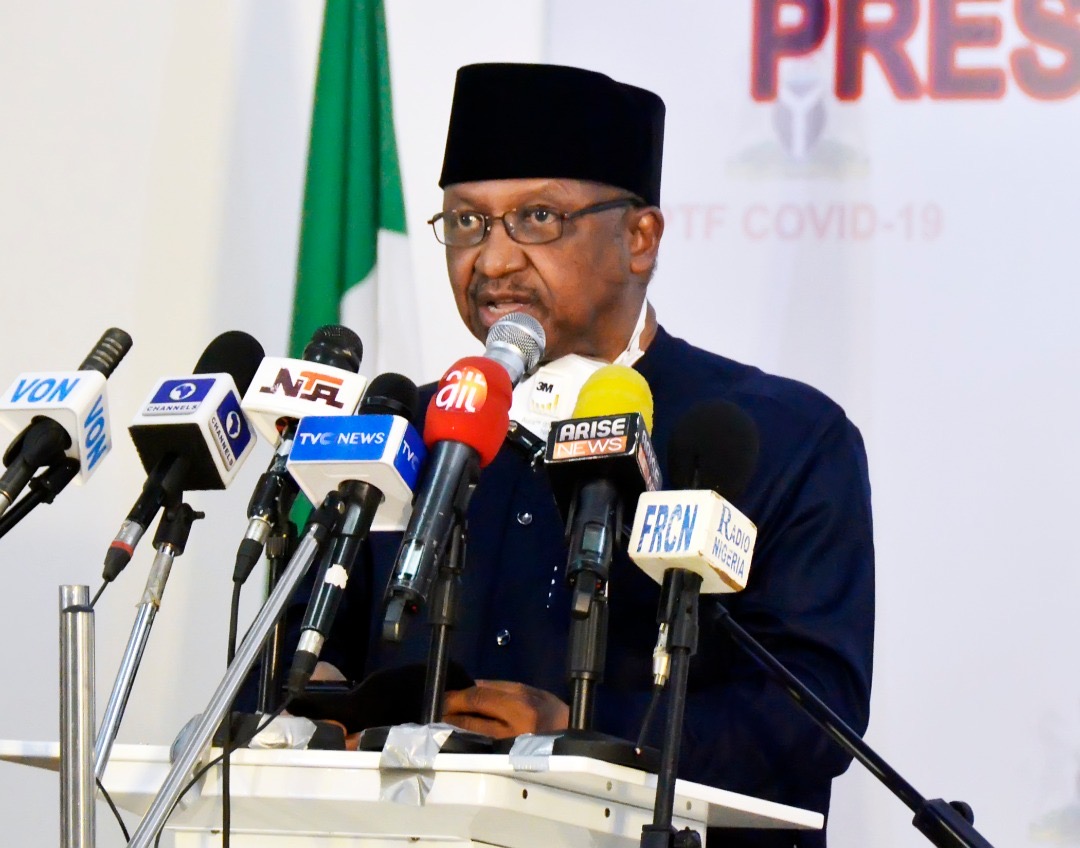 On Thursday, Minister of Health, Dr Osagie Ehanire, said COVID-19 patients, who spent a long period at isolation centres were at the risk of depression.

Ehanire, who stated this in Abuja at the press conference of the Presidential Task Force on COVID-19, said government planned to deploy psychologists in isolation centres to take care of such patients.

At the press conference, the Director General of the Nigeria Centre for Disease Control, Dr Chikwe Ihekweazu, said the task force was reluctant to adopt home treatment it once proposed because of conditions under which Nigerians live.

He also asked professional groups and faith-based organisations, including churches and mosques, to submit guidelines for reopening to the NCDC to review and advise.

But explaining effects of long treatment on some patients, the health minister stated, “On the mental health issue of those in isolation, who have stayed a little bit longer, some people do get a little bit of mental depression. This mental health issue is under consideration. It (a policy) is also being developed in states to have psychologists create things to engage those in isolation.”

He also said the Federal Government had intervened in the sit-at-home protest embarked upon on Wednesday by the Lagos State chapter of the Nigerian Medical Association, following harassments by the police, who were enforcing a nationwide curfew imposed by the President Buhari.

The minister stated, “With regard to the industrial action by doctors in Lagos, I spoke with the NMA Chairman of the Lagos Chapter on Wednesday to dissuade the doctors from the planned sit-at-home protest in the state, and I listened to their complaints too on harassment at security checkpoints.”

On Thursday, the minister noted that an analysis of the 200 COVID-19 deaths recorded so far in the country revealed a 70-30 per cent ratio for males and females.

Ehanire said, “A finding from our analysis of deaths shows the ratio is 70 to 30 for men and women respectively. About 70 per cent were over 60 years of age, while the majority of positive cases were between 29 and 49 years of age, being the most outgoing segment of any society. I also advise all who have taken the test and are awaiting result to self-isolate at home, wear face masks and observe hand and respiratory hygiene until the result is out.

He urged other organisations and communities to come up with similar guidelines to expedite the process of safely reopening the economy.

Ihekweazu said, “I was happy yesterday to receive a new set of draft guidelines by the Public Transport Owners of Nigeria Association. Those are people that manage the long distance buses that travel across the country, what we call ‘luxury’ buses.

“They had drafted their own guidelines for reopening safely and sent it to us for review and to advise them on the measures they are now recommending on how to manage their loading centres, buses and engagements with their customers at the point when we may allow them to reopen.

“This is what we’ve been advising every society, organisation, community, be it faith-based, cultural based, professionally based, to come up with guidelines for themselves. We are happy to advise and engage, but this needs to be led and owned by the leaders of those organisations.”

The NCDC DG added that every stakeholder in society needed to take responsibility of the part it owned and managed.

On testing in the country, he said the Federal Government would deploy 17 Gene Xpert machines next week.

The device, which is one of the most widely-used tuberculosis diagnostic tools in the world, has been deployed in some countries for conducting rapid COVID-19 tests.

Ihekweazu said, “We have about 400 Gene Xpert machines across the country. Not all of them are appropriate for COVID. We need those that have a safety cabinet where they are located. We also need those that are functional. Some of them have been around for quite a while.

Popular Ghanaian pastor yet to meet bail days after arrest