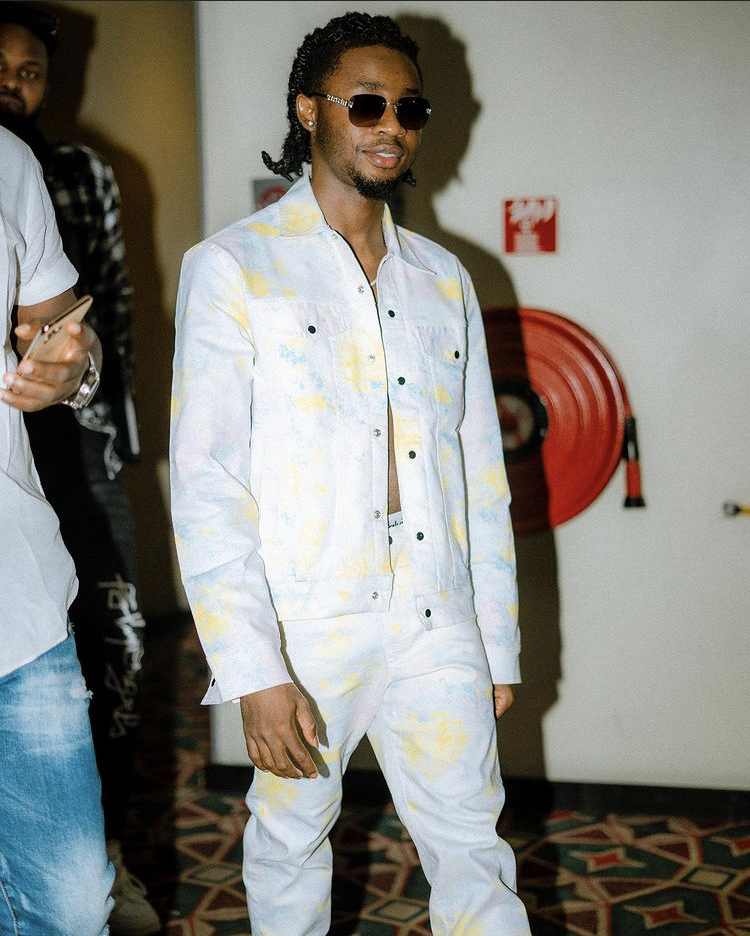 All you need to know about Stanley Omah Didia popularly known as Omah Lay Let’s take a look at his Biography, Nationality, Career, Age, Net worth, Family.

EARLY LIFE
Stanley Omah Didia was born 19 May 1997, in Port Harcourt,Nigeria. He hails From Ikwerre in Rivers State.

EDUCATION
He attended Comprehensive High School in Rivers State before proceeding to the University of Port Harcourt.

CAREER
Omah Lay started out in a rap group under the stage name Lil King. He later moved on to songwriting and music producing which went largely uncredited, and as a result of that, he released “Do Not Disturb” in April 2019. “Hello Brother” was released a month after. He signed to a record label named KeyQaad in June 2019, and took a seven month break.

During the break, he worked on his debut EP, Get Layd. He told OkayAfrica, “I started working on it August [of 2019]. At some point I had to go off social media, stay away from a lot of things and keep my head straight to get the project right. The first song I’d recorded on Get Layd was ‘Bad Influence.’ I’d done that way before the songs we had to put on the project.”

Following the break, he released “Bad Influence,” which became the most streamed Nigerian song on Apple Music at the end of 2020.

On 14 February 2020, he released “You,” his first official single. He then released his five-track debut EP, Get Layd on 22 May 2020. The EP peaked at number one on the Nigerian Apple Music Charts. All five songs from the EP reached the top 15 of the Apple Music charts for Nigeria, with “You” peaking at number one.

On 20 November, Omah lay released his second five-track EP, What Have We Done. All five tracks reached the top 12 of the Apple Music charts for Nigeria, with “Godly” reaching number one. On 3 July 2020, he was the first artist highlighted for Apple’s Africa Rising Campaign to spotlight African talent. In December 2020, he was included in BBC Radio 1Xtra’s annual “Hot for 2021” list. He was also the first African artist featured on Audiomack’s #Up Now program for emerging artists; included in MontreuxJazz Festival’s “20 artists to watch in 2021”; and was named BET’s Amplified International Artist of the Month for November 2020.

FAMILY
Omah Lay comes from a musical family and his grandfather played instruments for the singer Celestine Ukwu before he died in 1977. Omah Lay’s father also played the drums.

PERSONAL LIFE
On 14th December 2020, Omah Lay was arrested alongside Tems after they performed in a show in Uganda. The Ugandan Police authority identified violation of COVID-19 lockdown protocols as the reason for their arrests. The artists on the other hand felt they were set up. Two days later, the Ugandan government released the two, apologized for the arrests and cleared them of wrong doing.

ACHIEVEMENT
He is currently signed to Dvpper Music Distribution in Nigeria, and Sire Records for international distribution.

He was nominated in 4 categories at the 2020 Headies Awards, winning the Next Rated award.

NET WORTH
Stanley Omah Didia is currently one of the richest and most influential artist in Nigerian, with an estimated net worth of $300,000 dollars.