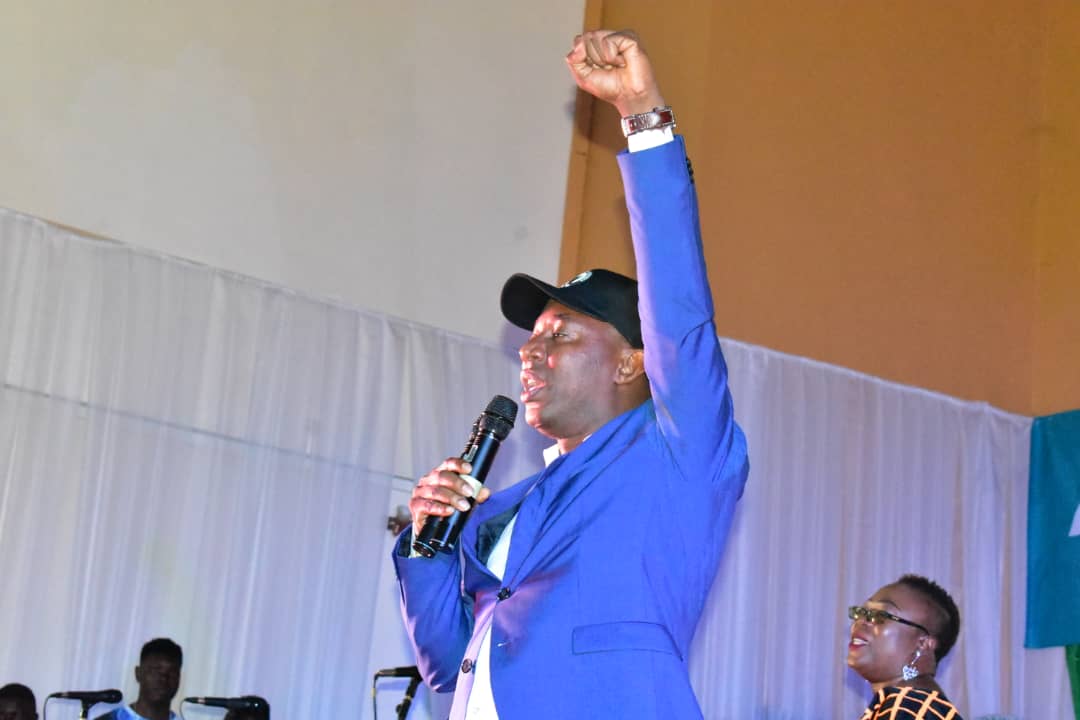 Sowore stated this in a Facebook post on Thursday night hours after the burial of Olajide in the Kiribo area of Ondo State.

“My brother Olajide Sowore will never die in vain, thank you Nigeria! Though I am shackled, I am not in chains, I refuse to be held down! #RevolutionNow,” the elder Sowore wrote.

The remains of Olajide were laid to rest in the presence of his wife, four kids, family members, friends and associates.

The elder Sowore, in a Facebook post, also shared photos of the burial with the caption, “My kid brother Olajide Sowore who was brutally murdered by yet-to-be-identified gunmen reportedly referred to as herdsmen/kidnappers on Ore-Benin Road was finally laid to rest today at Kiribo!”

The Sahara Reporters publisher had in a tribute described his brother as “an out-of-the-box thinker” who decided to go back to school
The deceased was a Pharmacy student at the Igbinedion University in the Okada area of Edo State. He was returning from school when he was shot dead by suspected herdsmen around 6am on Saturday along the Lagos-Benin Expressway.

Police Public Relations Officer in the state, Kontongs Bello, had said the late Sowore was killed when gunmen kidnapped about five persons.

A woman, Emmanuella Anyanwu, who escaped from the hoodlums who killed late the Olajide had also said the gunmen demanded a ransom of N10m shortly before she escaped from the camp where she was kept with four others.

Anyanwu had also identified them as herdsmen, saying, “I believe they are Fulani because on that Saturday afternoon, they released their cows and came to where we were being held.

“I saw a mast far away and I started trekking towards it. After one hour or more, I got to a road and saw an elderly man on a motorcycle. I asked him to take me to a police station, which he did.”

Many eminent Nigerians including Minister of State for Labour and Employment, Festus Keyamo, SAN; Edo State Governor, Godwin Obaseki; and his Ekiti State counterpart, Kayode Fayemi, amongst others, had condemned the killing of Olajide but many Nigerians want security agencies to quickly bring the perpetrators to book and end the menacing trend of criminality that has turned some Nigerian highways to killing fields.