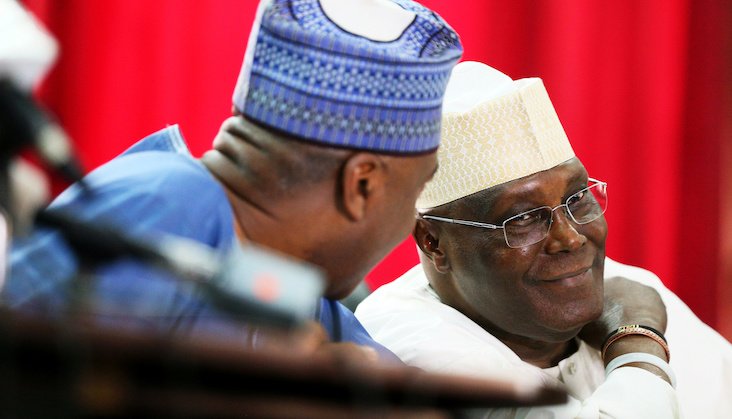 Presidential hopeful of the African Action Congress (AAC), Omoyele Sowore has unearthed a never before heard secret about being allies with PDP Presidential hopeful, Atiku Abubakar in his plans to take down then President of Nigeria, Olusegun Obasanjo.

With the 2023 Nigerian general elections drawing closer, a lot of politicians involved in the race will do all to bring its main opposition down, including divulging past secrets.

The founder of Sahara Reporters revealed that the former Vice President always sent him documents to help battle the former President at a time both men weren’t on friendly terms.

The social activist turned politician in his statement, said the documents were sent to him through Garba Shehu who was then the Vice President, Atiku Abubakar’s Special Assistant on Media.

Sowore made this allegation in an interview with Arise TV in response to Atiku’s claims he usually left the country after an election thereby knowing very little about power generation.

In Sowore’s defense, he reveals he has never left the country since contesting for the Presidency in 2019.

“He mixed up a number of things. I think he is losing memory, otherwise, he would have known, that I have never, at any point, left the issues concerning Nigeria. In fact, for him and others, I was a source of news while they were in office – that means in the government.” Sowore accused.

“In fact, when Garba Shehu used to work with him as SA, they used to send me documents from the inside. I’m revealing it from the first time so as to counter Obasanjo in those days when they were in each other’s neck.

“I started contesting in 1992 as a student union president. Atiku also contested during the SDP primaries against Abiola. In the 1992/93 transition period, he lost. I won as the student union president. When the system collapsed, it was us that took over and made sure that we fought for that mandate. Atiku ran away. I don’t know where he was between the years 1993 and1999.”

Chris Ngige is tired as he confirms Nigeria is broke

Peter Obi is just like the rest of them—Deyi Adeyanju