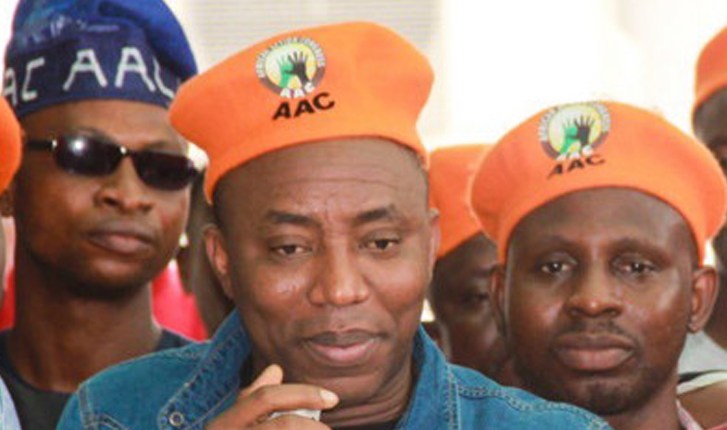 Embattled and detained publisher of Sahara Reporters, Omoyele Sowore, and his co-detainee, Olawale Bakare, have each filed a suit of N500million before the Federal High Court in Abuja against the Director-General of the Department of State Services, Yusuf Bichi and the Attorney-General of the Federation, Mr. Abubakar Malami, TOPNAIJA.NG can confirm.

Due to their continued detention in DSS custody, both men are seeking N500m in damages. They sought the award of a total sum of N1bn “as general and aggravated damages” for the “illegal violation of their fundamental rights” to life, dignity of their person, fair hearing, health, freedom of movement and freedom of association.

According to the suits, the arrest and physical assault of the duo by operatives of the DSS in Lagos and Osogbo on August 2 and 5, as well as their continued illegal detention by the security agency, constituted a violation of their rights.

They alleged that the two respondents; the DSS DG and the AGF violated their various rights guaranteed under sections 35, 36 and 37 of the Nigerian Constitution and Articles 6 and 7 of the African Charter on Human and Peoples’ Rights (Ratification and Enforcement) Act (CAP A10) Laws of the Federation of Nigeria, 2004.

Their separate suits were filed on their behalf by their team of lawyers led by Mr. Femi Falana (SAN). Sowore, in the suit, accused the respondents of violating his rights by their refusal to release him, despite meeting the conditions attached to the bail granted him. He also accused the DSS of assaulting him when its personnel came to arrest him in Lagos.

Sowore argued that the DSS’s failure to disclose the offense he allegedly committed and why he was arrested violated his rights. He, therefore, asks the court to award N500million damages in his favour, against the respondents as compensation for the violation of his rights.

Why I won’t run for third term – Buhari explains