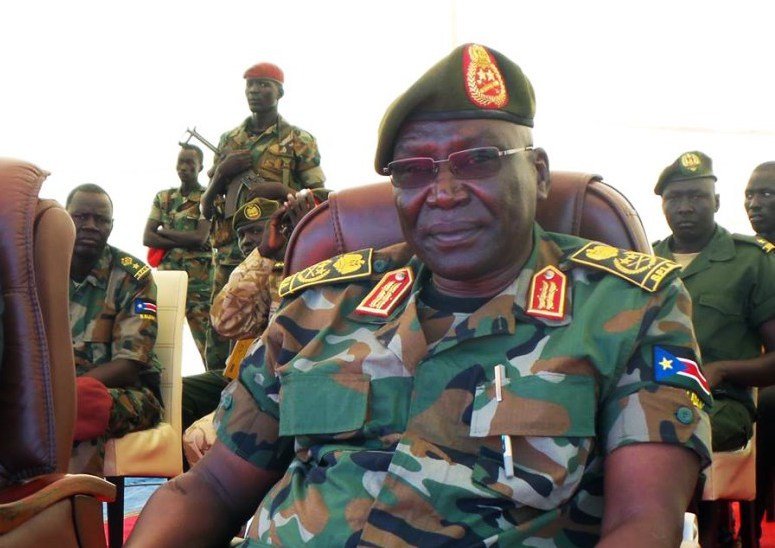 South Sudanese troops raided the home of the exiled former army commander, relatives said on Friday, after his rival was named to command troops in his home region to counter any threats he might pose to the government.

Soldiers and National Security agents entered the compound belonging to Paul Malong and assaulted a neighbour while searching for weapons, said a relative who witnessed the alleged incident in the town of Malualkhon in the Aweil region.

Oil-rich South Sudan has been at war since 2013, when forces loyal to ex-vice president Riek Machar, an ethnic Nuer, began fighting with troops loyal to President Salva Kiir, a Dinka. The conflict has split the nation into a patchwork of ethnic fiefs.

Malong had buttressed his power by recruiting men from Aweil to fight in ethnic militias while also commanding the military, according to UN experts.

Kiir fired Malong, also a Dinka, in May after a power struggle and put him under house arrest in the capital Juba amid fears he might start a revolt from Aweil.

He had rebelled against Malong’s army from 2014 until 2016last year, when he rejoined the government.

Auterjong’s appointment “turns the screws” on Malong by undercutting his military strength in Aweil, according to South Sudan researcher Alan Boswell.

“Malong was ready for a fight when he was fired. Now his ability to challenge Kiir is much weaker,” Boswell said.

In September, the U.S. sanctioned Malong for his role in the civil war, which has killed tens of thousands of people, displaced a third of the population, and pushed parts of South Sudan into famine.

Related Topics:SOUTH SUDAN
Up Next

I once marched against tuition fees. Now I can see their worth Sonia Sodha Sonia Sodha