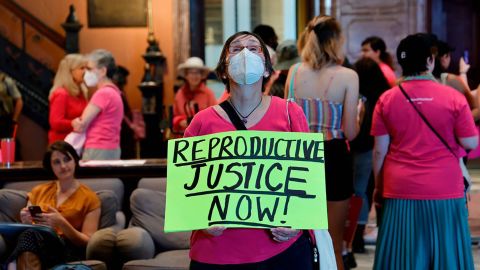 The 2021 law of the South Carolina state Supreme Court has banned abortions once ​ a “fetal heartbeat” is detected, which can be as early as ​four weeks, and more commonly, six weeks ​into pregnancy, with exceptions for ​fetal anomalies, risk to the life of the mother​, or in ​some cases of rape or incest. ​

In a 3-2 ruling, the court concluded that the law ran afoul of the state constitution’s privacy protections, with Justice Kaye Hearn writing in the lead opinion that the “state constitutional right to privacy extends to a woman’s decision to have an abortion.”

While the state can impose some limits on those rights, Hearn wrote, “any such limitation must be reasonable and it must be meaningful in that the time frames imposed must afford a woman sufficient time to determine she is pregnant and to take reasonable steps to terminate that pregnancy.”

In a dissent penned by Justice John Kittredge and joined in part by Justice George James, Kittredge wrote that he “would honor the policy decision made by the General Assembly,” adding that the issue of determining abortion policy in the state rests with its elected lawmakers.

South Carolina Republican Gov. Henry McMaster blasted the ruling on Thursday, writing in a statement that the court “has found a right in our Constitution which was never intended by the people of South Carolina.”

“With this opinion, the court has clearly exceeded its authority. The people have spoken through their elected representatives multiple times on this issue. I look forward to working with the General Assembly to correct this error,” the governor said.

The decision, however, was applauded by the White House, with press secretary Karine Jean-Pierre writing in a tweet that the Biden administration is “encouraged by South Carolina’s Supreme Court ruling today on the state’s extreme and dangerous abortion ban.”

A circuit court judge in late July declined to block the ban and recommended the lawsuit move to the state’s high court, which temporarily blocked it from being enforced in August, granting a request from state abortion providers for a temporary injunction while their challenge to the law moved forward.

“Before I pay Any Country Debt, I will Investigate”. Sowore Says