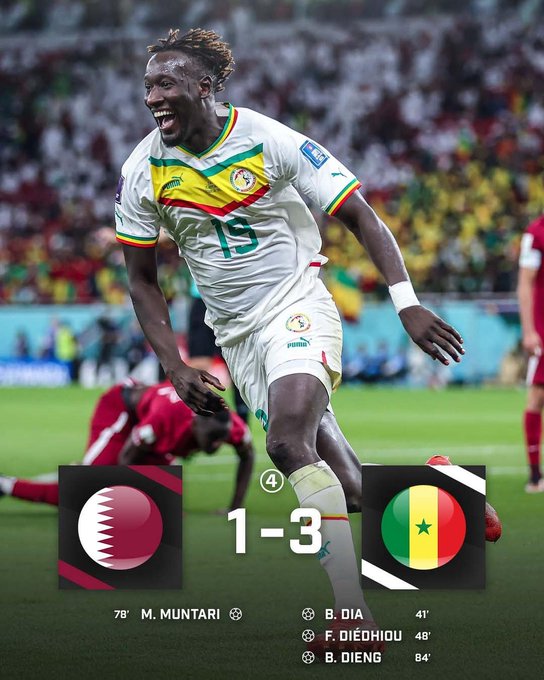 The Qatar vs. Senegal match in the world cup’s second group stage fixture had everything going for it, depending on whatever narratives that might be checked out for, and it was something Opta was very much pleased to come true with in keeping its stats.

Opta according to its stats have record that hosts, Qatar has made history by becoming the first World Cup host country to drop two games in a row.

After a 3-3 draw with Uruguay in 2002, Senegal scored three goals for a second time in a World Cup game. In addition, this was their 10th match at the tournament and the first time they had won by more than one goal.

In a group-stage match, Qatar became just the third host nation to allow three goals, joining South Africa in 2010 and Russia in 2018. (both 3-0 defeats to Uruguay).

Senegal became the first African team to defeat the hosts of a World Cup; the previous four times an African team faced the hosts, they all lost by an overall score of 12-2.

Diedhiou scored the first World Cup goal for Senegal at the age of 29 years and 345 days.