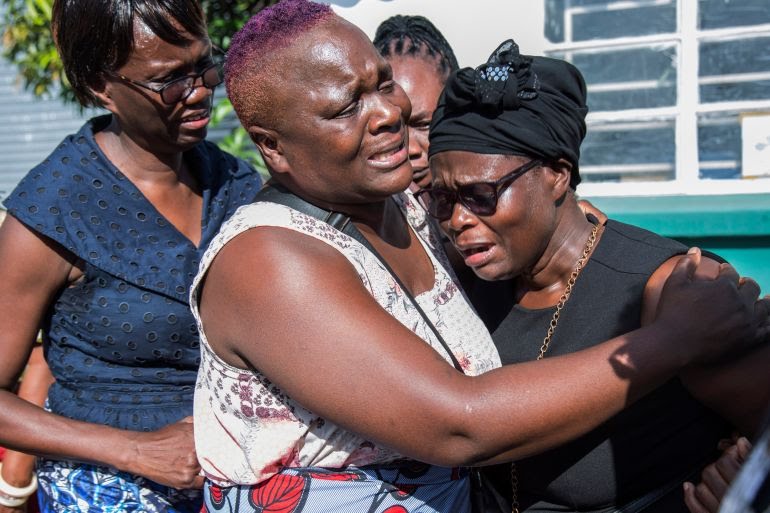 The remains of 23-year-old Zambian citizen Lemekhani Nyirenda made it back home to his family on December 11.

A month earlier, the Zambian government had released a statement on his death in Ukraine, which raised more questions than answers.

Subsequently, it became clear that Nyirenda, who studied in Russia before being imprisoned on drug charges, had signed up for the Wagner Group, a Russian mercenary company, to fight in Ukraine in a bid to get a reduced sentence.

In a November 29 post on the Russian social media platform VKontakte, Wagner founder Evgeny Prigozhin claimed he spoke to Nyirenda, who allegedly told him he had volunteered because: “You, Russian, helped us Africans gain independence. When it was difficult for us, you stretched out a hand to us and continue to do this now. Wagner is saving thousands of Africans; going to war with you is paying back for at least some of our debt to you.”

But Nyirenda’s family has insisted on an investigation into his recruitment, suspecting he may have been coerced. They also say he was wrongfully convicted; he had been working as a courier to support himself while studying in Moscow but was stopped and searched by the police, who found a package he was carrying with drugs in it.

Nyirenda’s death and how the Russian government handled it speak to the glaring gap between Russian official rhetoric and how it treats Africans in reality. While it insists it has an anti-imperialist approach to Africa, Russia has no qualms about victimising Africans on the continent and within its own borders.

As Russia became an international diplomatic pariah in the aftermath of its full-scale invasion of Ukraine, Africa’s importance to its foreign policy and public relations has grown. The Kremlin has worked hard to maintain an image as an anti-imperialist force that supports the African struggle against (neo)colonialism – something Prigozhin referenced in his alleged conversation with Nyirenda.

This rhetoric has been prominently featured in Russian media and official social media accounts. On December 2, for example, the English-language Twitter account of the Russian foreign ministry tweeted: “#Russia was among the few world powers that neither had colonies in #Africa or elsewhere nor participated in slave trade throughout its history. Russia helped, in every possible way, the peoples of the African continent to attain their freedom and sovereignty #EndSlavery.”

Attached was a picture of a popular Soviet-era political poster featuring an African man breaking the chains binding his hands along with the words: “Africa fights, Africa will win