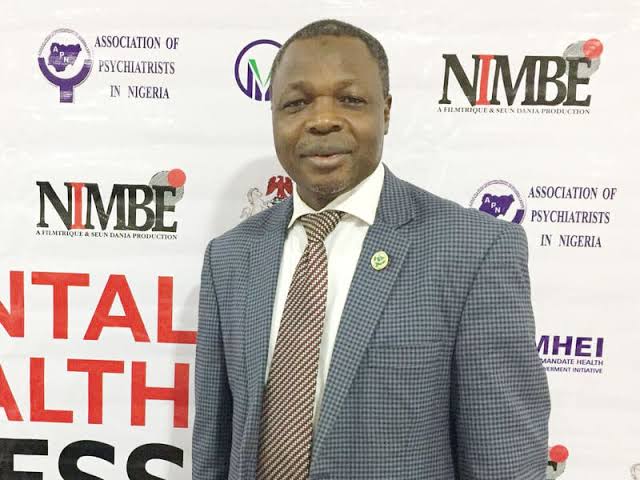 Taiwo Sheikh, Professor of Psychiatry has appealed to the Federal Government that the Mental Health Bill be signed into law. He said this will promote the well-being of Nigerians.

This appeal was made in an interview with newsmen in Lagos on Friday. Sheikh, was an immediate past President of the Association of Psychiatrists in Nigeria,

He mentioned that, “Signing the mental health bill into law will help in the repositioning of the health sector to meet emerging challenges.”

He emphasized that a stable mental health status for the country will be achieved if the bill becomes a law and that there is also a very important need to enhance the mental health and well being of all Nigerians.

The psychiatrist noted that the bill, which had passed its first and second reading, as well as the public hearing stage, was currently awaiting the signature of President Muhammadu Buhari to become a law.

Sheik also said that the 1916 Lunacy Law copied from the English Laws was still the basis of mental health and psychiatric practice in Nigeria.

He described the 1916 Lunacy Law as archaic, regressive and not all-compassing by modern terms.

“The National Assembly has looked into the bill and passed it to the President for his assent.

“Signing the bill is necessary and very urgent because the mental health Nigeria is using today is the Lunacy Act of 1916 and the content is that of 1800.

“I want the President to be aware of this, and save us by signing the bill so that the country can have a compassionate law, a caring law, a law that understands the modern language of mental health in Nigeria,” Sheikh said.

She stressed that signing the Mental Health Bill would not make it a permanent law, adding that it would still be subject to revision and amendment.

He said that the Lunacy Act of 1916 categorised persons with mental illness as lunatics who should be disassociated from society and locked up somewhere.

“That’s more reason the bill needs to be signed. Whatever the President signs today is not permanent, it is still open for revision.

“So, we cannot say we wait until we have something that is perfect; it may not be perfect, but at least it will shift us away from that Lunacy Act of 1916.

“All it has is custodian law – that anybody who has a mental illness is a lunatic and should be taken away from the society and locked up.

“That’s all about the law, and we have gone beyond that,” she said

RCCG creates politics directorate office, has nothing to do with Osinbajo