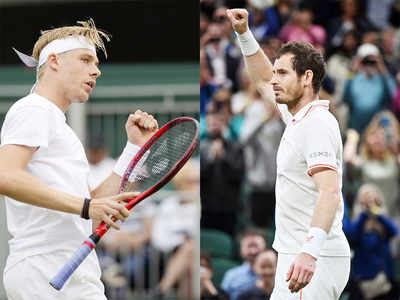 Canadian tennis player Denis Shapovalov has knocked out Andy Murray in the third round of Wimbledon, handing him his worst defeat in the tournament.

With this, Andy Murray suffers his earliest Wimbledon exit in 16 years as he was knocked out in the third round by world number 12 Denis Shapovalov.

Shapovalov, the 10th seed prevailed 6-4 6-2 6-2, after two hours and 17 minutes. Murray, plagued by injury, has vowed he will continue to fight on with his career.

But the match was another reminder of the gap that remains between him and the world’s best. The Canadian will go on to face Spain’s Roberto Bautista Agut in the fourth round.

Originally coached by his mother Judy alongside his older brother Jamie, Andy moved to Barcelona at age 15 to train at the Sánchez-Casal Academy. He began his professional career around the time Roger Federer and Rafael Nadal established themselves as the two dominant players in men’s tennis.

On the other hand, Shapovalov rose to prominence by reaching a Masters semifinal at the 2017 Canadian Open as an 18-year-old, beating Grand Slam champions Juan Martín del Potro and Rafael Nadal during his run.

Easiest Sports to Bet and Make Money On