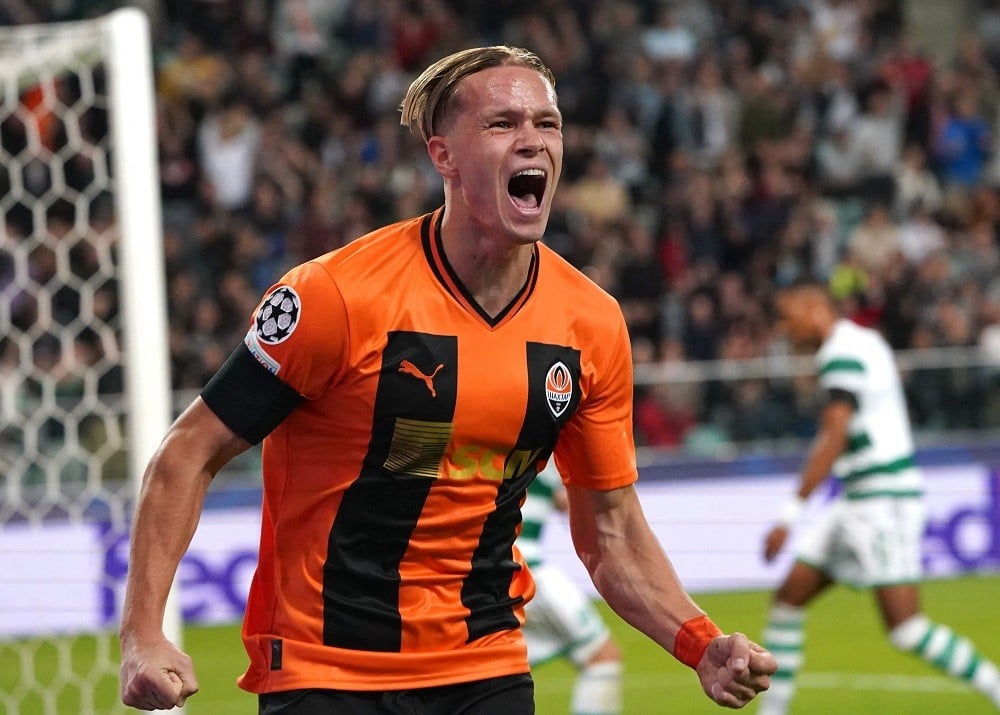 Arsenal football club are brazing up for a title challenging season following their position at the premier league table, and with the January transfer window fast approaching, the North London club is looking ahead to reinforcements to maintain the club’s position at the top of the bunch, which involves scouting for players like Mykhailo Mudryk from Shakhtar Donetsk.

According to ESPN, Shakhtar has turned down Arsenal’s €65 million bid for Mykhailo Mudryk.

The Ukrainian team is holding out for their demanded price of €100 million.

The initial offer from the Gunners was for €40m up front and €25m in add-ons.

The only team to make an official offer is Arsenal, and talks between the two clubs are still ongoing.

The 21-year-old scored three goals and provided two assists for Shakhtar this season in the Champions League group stage.

Shakhtar are willing to remove their best player in January due to the club’s loss of money from moving on to the knockout stages and the continued disruption brought on by Russia’s invasion of Ukraine.