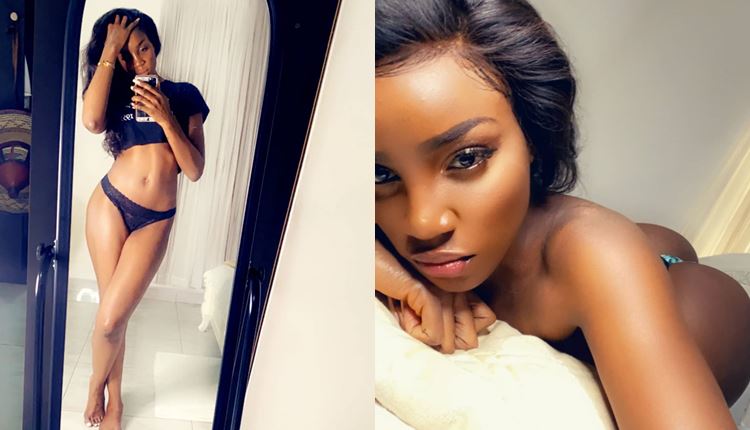 Nigerian songstress Deborah Oluwaseyi Joshua better known as Seyi Shay, has once again left tongues wagging after a semi-nude photo of herself appeared on social media.

On Friday, a racy photo wherein the gifted singer could be seen lying on the bed unclad while flaunting her backside had emerged on her Instagram page.

The photo was accompanied by a terse post which read: “Good sex, no stress, one boo, no ex, small circles, big cheques.”

The development comes less than a year after the songwriter made the headlines after three semi-nude photos of herself also appeared on the Facebook-owned platform.

The 35-year-old singer had at the time alleged her Instagram page was hacked, dismissing claims that she intentionally shared the photos.

“I cannot tell why/who is doing this, but my IG account has been compromised and my privacy is being violated,” she had said.

“Seems to be a deliberate attack as the photos circulating are not from a recent exchange. Please ignore all direct messages (DMs) from my account and do not share any personal info.”

Shade Ladipo, a media personality, had blasted her then, faulting her explanation that her account was compromised.

“If you want to show us boobie and small yansh, pls do like your mates and stand by it with full chest. I’m here for the whole thing but please stop saying your account was hacked. We went to school ma,” Ladipo had said.

Shay was born and raised in Tottenham, London, England, to Nigerian parents. Her mother was from Northern Nigeria and her father is a native of Ife. She has two elder brothers and an elder sister. She and her siblings were raised by their single mother.

Shay grew up in a religious setting and felt like a single child during her adolescence. She started visiting Nigeria when she was two years old, and eventually attended the Command High School in Maryland, Lagos.

Related Topics:Seyi Shay naked
Up Next