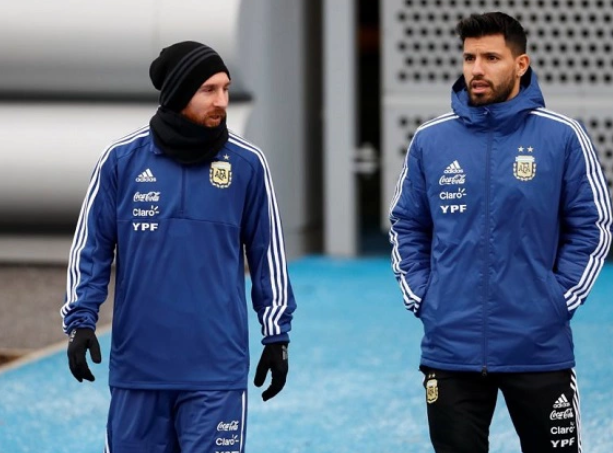 Argentine player, Sergio Aguero has denied his claims saying that Lionel Messi does not deserve to win the Ballon d’Or.

Marca published a story about Aguero suggesting the winner of the prestigious individual award should go to a Tottenham or Liverpool player, who’ll meet in this season’s Champions League final.

“I think that to win the Ballon d’Or has to be in the Champions League [final] no matter what,” he said in the Spanish outlet.

However, the Manchester City striker has passionately refuted that claim.

He took to social media to clear up the situation while claiming Messi will be his pick.

“I don’t enjoy having to clarify my statements – but when I’m quoted for things I haven’t said, it must be done. I’ll spell it out then. No one other than Messi will be my pick for the Balon d’Or as long as he keeps on playing – particularly if he plays like he did this season,” he wrote on Twitter.

“The question put forward to me was whether I should win the award myself this year. My reply was that I should have reached the CL finals if I wished to deserve it. Couldn’t be clearer, and there shouldn’t have been room for misinterpretation,” he added in another post on Twitter.

Aguero and Messi are not only international teammates for Argentina but also good friends off the field.

The Ballon d’Or, meanwhile, is in the possession of Luka Modric who broke the Messi-Ronaldo monopoly. The Croatian midfielder enjoyed a superb campaign for club and country, and he was the first person not named Messi or Ronaldo to be crowned Ballon d’Or winner since 2007.

But Messi is a red-hot contender to raise this year’s accolade after starring for Barcelona. While he won’t win the Champions League, he’s on course to win a domestic double.

The 31-year-old talisman has also weighed in with a staggering 48 goals in all competitions.

Will Messi win his sixth Ballon d’Or in 2019? Let us know what you think.

Selena Gomez Warns Youth Against The Dangers Of Social Media