How my people stopped thugs from burning my house – Melaye 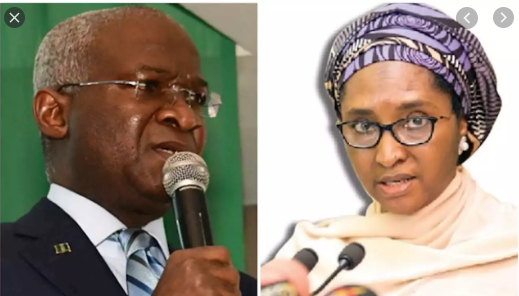 On Tuesday, the Nigerian Senate summoned the Minister of Finance, Zainab Ahmed, her counterpart in the Ministry of Works and Housing, Babatunde Fashola and the Accountant General of the Federation, Ahmed Idris, to appear before it over the legacy projects of the Federal Government.

Others that were summoned include the contractors handling the legacy projects which included the Lagos-Ibadan Expressway, the Abuja-Kaduna- Kano Expressway, and the Second Niger Bridge.

The Senate Committee on Finance led by Senator Solomon Adeola gave the summon after a meeting with the management of the Nigeria Sovereign Investment Authority, led by its Managing Director, Uche Orji.

Adeola, who spoke on behalf of the Senate panel, said the Committee needed those being summoned to provide information about the variations that had taken place on the projects and the approving authorities.

He also said the panel would need to know details of the agreements signed between the Federal Government and the contractors before the NSIA took over the projects.

There has been an existing tripartite agreement between the NSIA, the Ministry of Finance and the Ministry of Works on the Legacy projects. The Senate summon was sequel to the disclosure by the MD of the NSIA that his agency had no details of the agreements signed on the projects before he took over.

He said, “On the issue of funding, by virtue of the information at my disposal and by what the Finance Minister made me to understand, is that you are playing critical roles by providing funds for the legacy projects. As of today, two years down the line, only $300m is in the books, this cause for concern.

“We believe that funding is critical to these projects. If the funding is not there, there is no way we can achieve those time frame that you have set out for the completion of the projects.