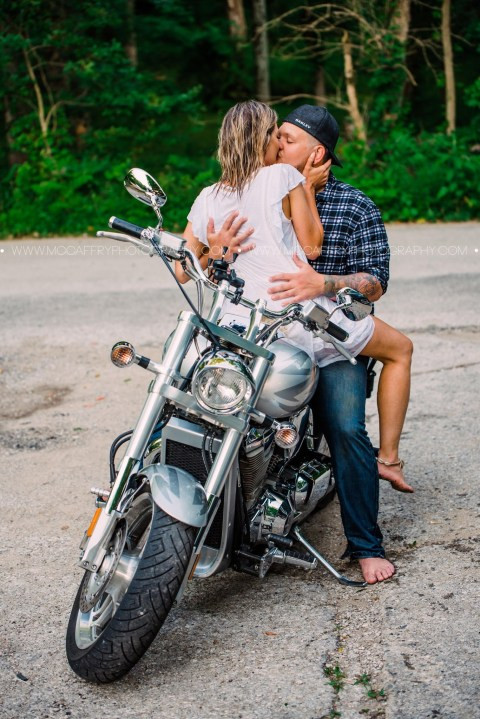 A photographer, Lindsey McCaffry, set up a blind date between two people who were meeting for the first time, and the photos of the pair taken during the date, surprisingly show how the couple have clicked despite such short notice.

Lindsey put out an advert saying she wanted two people she could photograph on a blind date.

She got a lot of applications and spent time going through each one to find some that might work together.

All the applicants were told that they would have to pose with a motorcycle and get soaking wet in the creek and they all agreed.

After much browsing, Lindsey selected Karmon Waite, 32, and Daniel Allen for the shoot and told them both to meet on 26 June which happened to be Daniel’s 27th birthday.

They were both blindfolded and brought together by Lindsey and her team before being told to remove their blindfolds while Lindsey took pictures of every moment.

Despite the pair never having met, the pictures oozed a lot of chemistry.

Lindsey has now revealed that the couple swapped numbers and have had a few texts.
Posting the photos, Lindsey said: ‘They did NOT disappoint. Holy smokes, they brought the FIREEEEE!!!

‘Those of you wondering, they did exchange numbers at the end. ‘I felt like I was watching a “real life movie” with those insanely passionate kisses.

‘A huge thank you to these two for being so brave. You stepped way outside your comfort zone last night and trusted us completely. We can’t thank you enough!!! No matter the outcome we all had a blast and made new friends. A night we will never forget.’