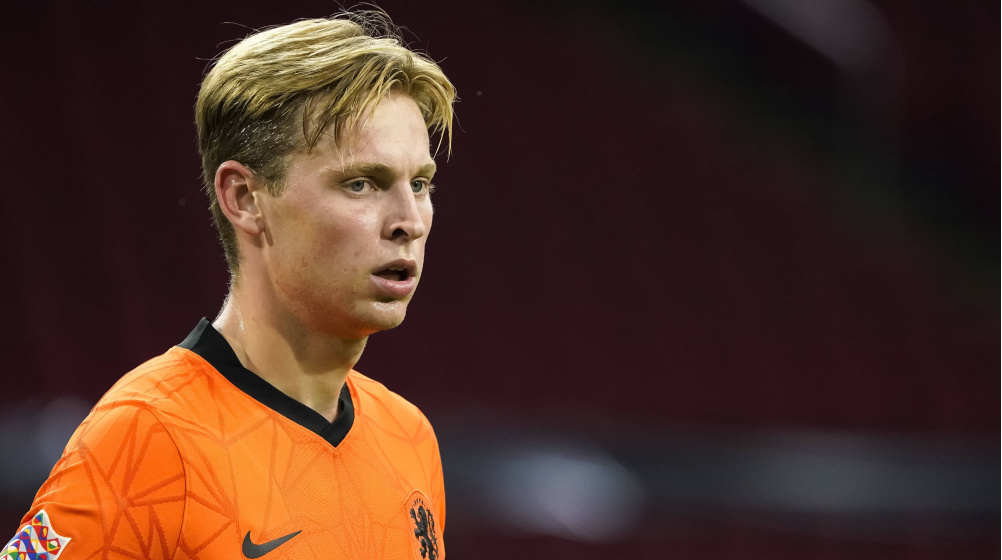 It is definitely all scorched earth for Frenkie de Jong at Barcelona at this stage as both player and club are on conflicting terms regarding his transfer situation from the club.

Barcelona are eager to push the Dutchman out of the club in a deal that is already agreed with English club, Manchester United, but De Jong has no interests trading Camp Nou for Old Trafford.

And it’s now become a battle of scorched earth as the Catalans are doing all they can to force the Netherlands international out of the club. For them it’s all or nothing if Frenkie de Jong does not leave Camp Nou.

Recent reports now claim that the move Barca are exploring to force the 25 year old out of the club is to frustrate the midfielder’s game by giving him a new role opposite to what he naturally plays.

This comes after the Barca coach, Xavi Hernandez suggests De Jong would be made to play as a Centre Back should the move to Manchester United end up not materializing.

United coach, Erik ten Hag sees his compatriot as a top priority in the transfer window and has intently pushed for the transfer much to the reluctance of the player.

A fee of €75 million is agreed between the clubs but de Jong still holds both clubs to ransom by refusing to leave, with the Blaugrana still owing him €17 million after he deferred wages during the COVID-19 pandemic in 2020.

Both of de Jong’s pre-season appearances have been off the bench as a defender and Xavi thinks the Netherlands international has all the tools needed to play at the back.

“I’m not here to send messages. I already spoke with Frenkie, I value him very much. He’s key player, but then there’s economic situation and Financial Fair Play…

“He can give us a lot also as a centre back.”

“He’s our player, he’s a high-quality player. We like him very much,” Laporta explained to ESPN per The Athletic.

“We have to clarify some aspects of his position but right now he’s playing for Barcelona.

“He has some offers but at the moment we didn’t accept the offers because we want to talk to him to know exactly what he wants.”

With the Blaugranas ready to frustrate de Jong out of the club using scorched earth philosophy, it remains to be seen if Frenkie de Jong ends up caving in and agreeing a move to Old Trafford.