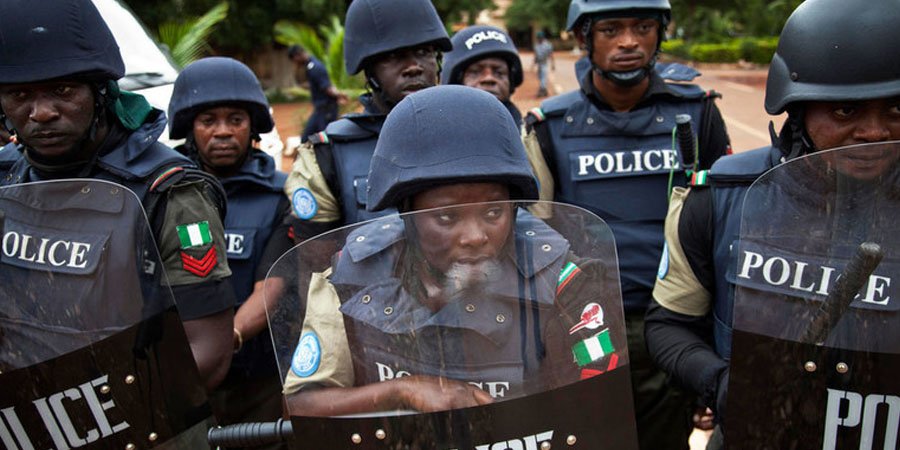 The police on Tuesday said they arrested a schoolteacher, Ndubuisi Obiechina, in 2017 because her phone number and that of her husband were allegedly used by the notorious alleged kidnapper, Chukwudumeme Onwuamadike, alias Evans, to make contact with the family of a kidnap victim to collect $1m ransom.

The schoolteacher and her husband, Ogechukwu, had first appeared on October 31 before the Lagos State Judicial Panel of Inquiry probing cases of rights violations by men of the disbanded Special Anti-Robbery Squad.

Obiechina had narrated to the retired Justice Doris Okuwobi-led panel how she was arrested by SARS, detained, and tortured over a period of 22 days till she lost her two-month pregnancy.

Obiechina said she suffered a second miscarriage later in October 2017 when her husband was re-arrested.

The panel had adjourned till Tuesday for the police to appear to respond to the allegations.

At the Tuesday proceeding, a police legal officer, Nosa Uhumwangho, told the panel that the couple was arrested because their phone numbers surfaced during the investigation to arrest Evans.

When the police lawyer asked the schoolteacher, “Are you related to the popular Evans?” she replied, “Who is Evans?”

But when the police counsel mentioned Chukwudumeme Onwuamadike, the schoolteacher said, “he is my brother.”

“You know this person is popularly known as Evans?” the lawyer asked, to which the schoolteacher responded, “I never knew.”

Obiechina, however, admitted that “I know he was arrested for kidnapping.”

Explaining the connection between Evans and the woman to the panel, the lawyer said, “Evans was arrested because of Mrs Obiechina who led the (police) team to arrest Evans. It was her who led us to Evans. We kept her for five days and that was why we were able to arrest Evans.”

The lawyer then asked Obiechina: “Are you aware that one Umeh Francis was kidnapped sometime in 2016 and a ransom of $1m was collected and the said Umeh reported the case to the police?”

In response, the schoolteacher said, “I am not aware.”

However, the lawyer told the panel that the police traced three phone numbers used by Evans in the operation and collection of the $1m ransom and the phone numbers of the couple were two of the three numbers.

The lawyer said, “The police sent the numbers to our technical intelligence unit for expansion and the numbers of the two witnesses (the couple) featured prominently.”

However, the panel pointed out that the issue brought before it by the couple was the failure of the police to comply with a N2m judgment which they secured against the police for the violation of their rights.

In response, the lawyer questioned the couple if their lawyer had filed an action in court for the enforcement of the judgment.

Facing the couple, the lawyer asked, “Were you told by your lawyer that you cannot get the N2m on a platter? That you have to file an application for the enforcement of that judgment?’

The panel later adjourned the case till December 8 for the adoption of summons.