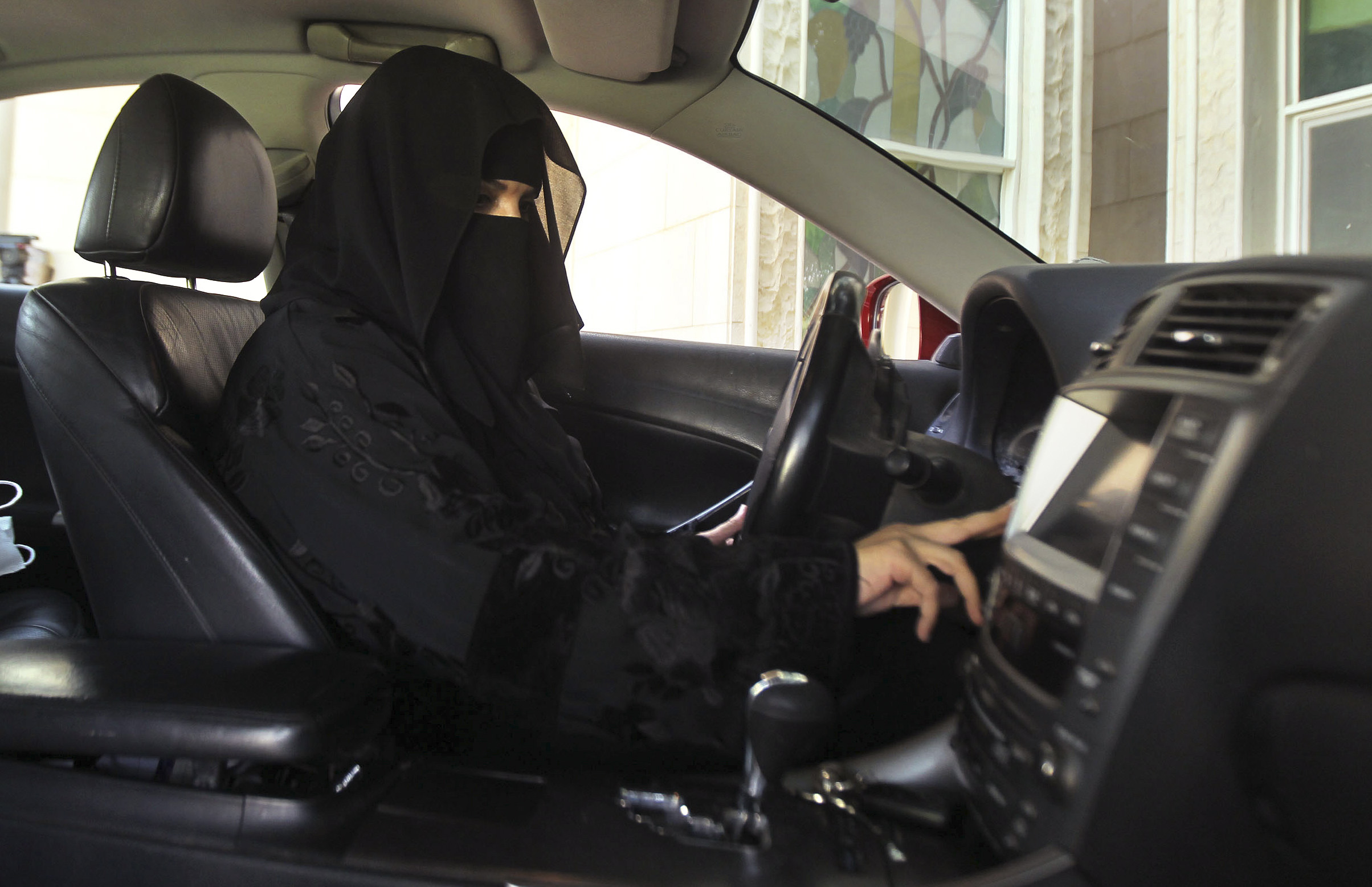 The royal decree ordered the formation of a ministerial body to give advice within 30 days and then implement the order by June 2018, according to state news agency SPA.

The move was announced via Saudi state television and at a media event in Washington, and is based on a royal decree.
‘The royal decree will implement the provisions of traffic regulations, including the issuance of driving licenses for men and women alike,’ the Saudi Press agency said.
The change will come into force in June 2018, but has been welcomed widely on social media.

Campaigners have been arrested for flouting the ban in recent years.

It stipulated that the move must “apply and adhere to the necessary Sharia standards”, without providing details, and said a majority of the Council of Senior Religious Scholars had approved its permissibility.
Women in the kingdom are also bound by law to wear long robes and a headscarf and require the consent of a male guardian for most legal actions.

In June 2011, about 40 women got behind the wheel and drove in several cities in a protest sparked when Manal Sharif, one of the founders of the movement, was arrested and detained for 24 hours after posting a video of herself driving.
Another was arrested and sentenced to 10 lashes – a sentence later overturned by the king – and the rest were told to sign statements guaranteeing they would not drive again.
Saudi officials and clerics have provided numerous strange explanations for the ban over the years.
In October 2013, shortly after a prominent cleric claimed that medical studies showed driving damaged a woman’s ovaries, 60 women took part in a protest, driving in spite of warnings from the authorities.
Others argued that allowing women to drive would lead to promiscuity and the collapse of the Saudi family, or that male drivers would not know how to handle women in cars next to them.