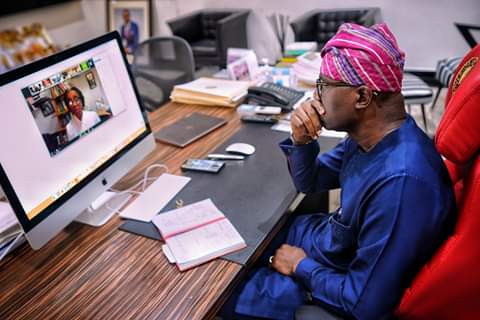 On Friday, bothering issues surrounding the new Lagos State Government’s guidelines for the regulations e-hailing taxi services have now been put to rest, following a meeting between the State Government and representatives of the ride-hailing operators.

Briefing the media on the outcome of the meeting, Commissioner for Transportation, Dr. Frederic Oladeinde, disclosed that the State Government and the operators had unanimously adopted the new regulations, after all parties jointly reviewed and fine-tuned some of the contentious items in the framework.

He said the new regulations were not initiated by the government to extort the operators and drivers in the business; he stressed that the government was moved by the necessity to regularise the ride-hailing operations in line with security measures.

From the communique read out after the meeting, the enforcement of the new regulations will now take off from August 27, 2020 instead August 20 initially announced by the Government. By implication, the operators now have additional seven-day extension to comply with the Government’s regulations.

The Commissioner said Sanwo-Olu offered a duty incentive to the operators, reducing their statutory operational licencing fee and renewal fee by 20 per cent. This implies that each e-hailing firm will now pay N8 million per 1,000 cars fresh licencing and renewal, instead of N10 million initially announced.

The parties, Oladeinde said, also agreed on procurement of comprehensive insurance by the e-hailing companies to cover their drivers and passengers.

He said: “We have just concluded a three-hour meeting which was attended by Governor Sanwo-Olu, Ministry of Transportation officials and representatives of the e-hailing ride operators. After the meeting, we jointly developed a communique to which all parties agreed in relation to the new regulations for e-hailing ride business.

“We also discussed the issue of service tax, which was initially defined as 10 per cent charge. We have come to resolution that the levy will become a flat fee of N20 per trip. We no longer call it service tax; we now call it Road Improvement Fund, which will be levied per trip. We also came to resolution that there will be reduction in operational licence by 20 per cent. Likewise, the renewal fee has been reduced by 20 per cent, going forward.”

Oladeinde said the State Government had granted all drivers on the e-hailing platforms an extension of 90 days to perfect all documents and licences, required for operation, including driver’s licence and Lagos State Residents Registration Agency (LASRRA) cards.

The Commissioner disclosed that the Government would create a special office for the drivers to fast track necessary registration and documentation before the deadline.

He said the operators acceded to the Government’s position on thorough background check on the drivers for security and improved service delivery.

“We also agreed that there must a background check on drivers. One of the reasons why we came up with this communique together is to ensure that every resident using the e-hailing mobile application is safe. All forms of checks must be carried out to ensure the right people driving on the platform. This is paramount to the Government.”

He said all parties agreed to checkmate bypassing of e-hailing mobile apps by unscrupulous drivers, who take passengers offline to collect cash. He warned drivers to desist from the fraudulent act, saying the Government’s enforcement team would go after defaulters.